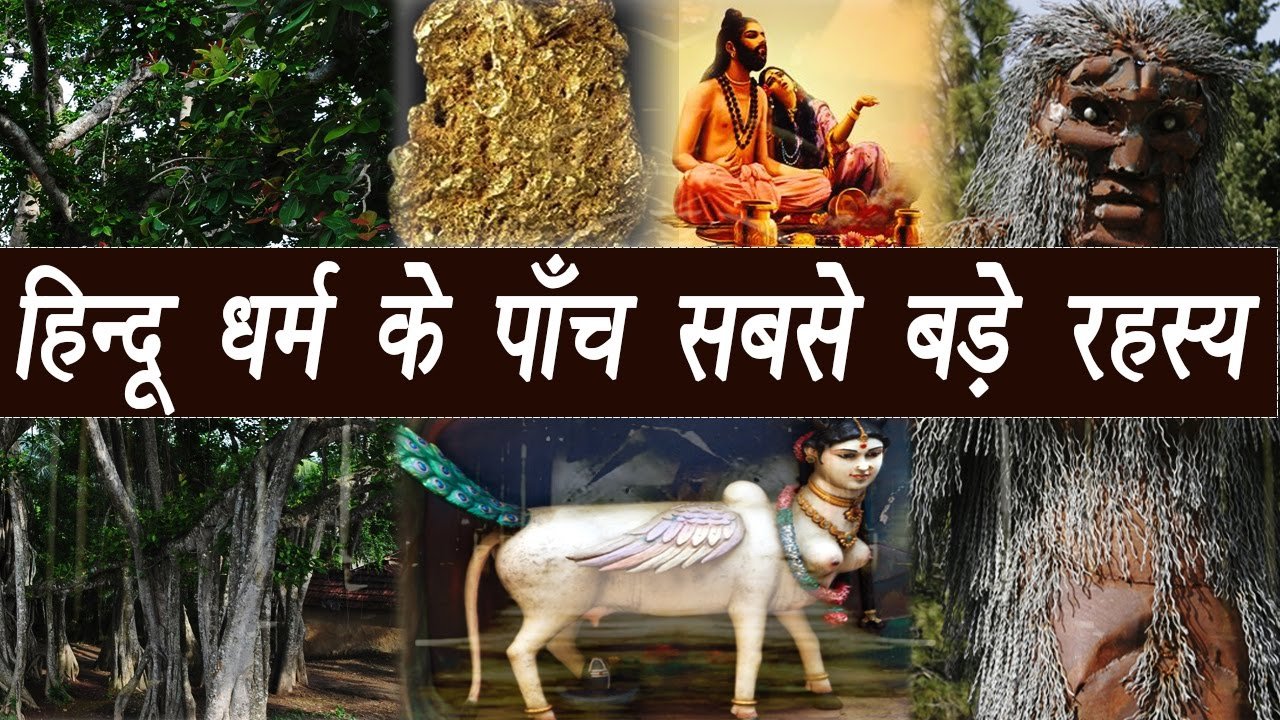 In Hinduism, there are five such mysteries that are not solved yet. Till now no one has tried to even solve it either. India is the land of Hinduism, facts, sciences, culture, and traditions. Mysteries are filled in India, where some are solved. Today we shall look at the unsolved mysteries which you have not known. Read the article till the end to know more.

1) Rishi Kashyap, His Wife and, Children

According to the Theories, They say that there was only One Continent on planet earth, Which separated with time forming the seven continents that we know today. Bramha is the creator of many species, and he gave humans. Marichi is one of the first humans born from Bramha, and the father of Rishi Kashyapa. The Unsolved Mystery here is how could he give birth to birds, animals, and snakes? well, Is there a possibility of giving rise to a half-human or half-animal species? Rishi Kashyap’s wife Vinita had given birth to Lord Vishnu’s Vahan – Garuda. If you have read the earlier article of How Garuda Became Lord Vishu’s Vahan

Advertisement
. if not, You can read it for more information.

We all know one of his wives Vinita gave birth to Garuda who is also Lord Vishnu’s Vahan. Below is an attached link of the article:-

The question here is How can a Human give rise to so many other species? This remains the greatest mystery.

Paras Mani is The most shining diamond out of all. There’s is a lot of mystery associated with this stone. One can do any task while having this Mani, is a saying. Talking about Tretayuga, Ravana snatched a gem named Chandrakanta from Kubera. At the same time, Ashwatthama also had a gem in Dwapara Yuga, due to which he was powerful. Both these things are mentioned in detail in religious texts. There are Neel mani, Koustubh mani, Shesh Mani and so many. Moreover!

Paras Mani when touched with any iron turns into gold…And that’s the strength of this Mani. There are scripts that say, crows know where Paras Mani’s are located to excavate and due to findings of The Paras Mani, there is a state named Manipur! And That’s how it was named Manipur.

I’m sure you have heard about Kalpavriksha, the wish-fulfilling tree! which is also called by many other names such as kalpataru, kalpadruma, or kalpapādapa. In Ved and Purana, we get a reference of the tree being present or come from the Swarg Lok or heaven. Anyone who sits beneath the tree doing penances gets all their wishes fulfilled, this happens due to the positive aura and energy all around the tree which you gain.

A tree that came out from the Samudra Manthan or Churning in the ocean was given to Devraj Indra, where he later placed this in Vana present North of the Himalayas. The age of the tree is still not known, if a tree-like that exists where is this tree now? Some people worship the Banyan tree stating it to be the same. But this remains a mystery altogether…

Even Kamadhenu was born due to the churning of the ocean ( Samudra Manthan). Kamadhenu, the ancestor of all cows is regarded as a divine wish-fulfilling cow. It is said in the Vedas that all Gods, Goddess, including the Trinity, has their abode in the cow. It brings good fortune to those who worship the cow. Saying that she has all the gods inside her. If all gods are present in heaven, how could it be in Kamadhenu? Is Kamadhenu the representation of Dev Lok?

Just like the Paras Mani, in the Himalayas, there is a Whitestone known as Paras rock or ‘Paras Patthar’ found in the tip of the Himalayas. The reason why India had a lot of precious stones, would be the reason why the Paras rocks exist as this touched with any metal gave rise to gold. How did the gold actually come from? ever wondered. In Bihar, there is a place Sonpur where millions of Gold were found till now. Could this be due to Paras rock? Mysteries…. mysteries