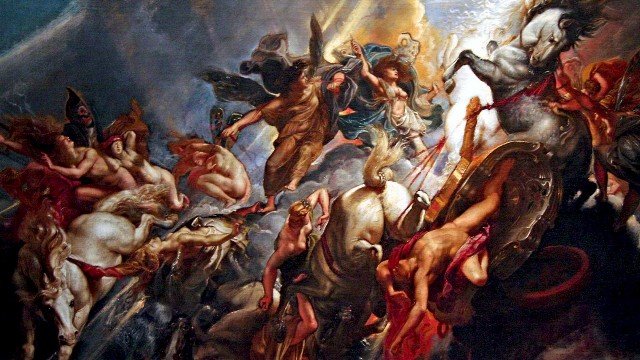 The Origin of the Greek World (Greek Mythology)

The Origin of the Greek World (Greek Mythology)

At the beginning of everything there was only chaos. There were already the elements of what would form the Universe but they were completely mixed in a massive absence of meaning. This original chaotic period lasted for many ages.

Gaia the mother Earth emerged from this primordial chaos. A Goddess whose main characteristic was her extreme fertility. The Goddess Gaia gave birth to our Planet and Personified all the Earth that covers the World.

How Goddess of Night emerge?

During the night Nyx the Goddess of the night also emerged from chaos. She crossed the heavens every day covering it with her black mountain.

Also Read: All About Greek Mythology

She gave birth to several primordial deities such as Pontus the God of the Sea, and Aureus the deity of the Mountains. Gaia gave birth to the god Uranus a supreme being who would personify heaven reigning over all things. Uranus made Gaia his wife.

At dusk Uranus and Gaia united the fruits of this union quickly began to hatch. The Goddess gave birth to creatures with dreadful features including Hecatoncheires, Monsters with a hundred arms and several heads and the cyclops powerful one-eyed beings.

How Titans came into existence?

Uranus and Gaia also gave birth to a new generation of Gods. Powerful beings who would become known as Titans. The celestial God when he saw the powerful offspring he had begotten began to fear being dethroned by them. So he took action, Uranus threw all his children into tartarus, a dark place in the depths of the Earth.

Why Gaia conspire against her husband?

Appalled the titans beat the walls of tartarus with violence trying to escape. They were trapped in Gaia’s womb. The revolt of creatures that were so powerful provoked an intense pain in their mother who suffered terrible aches.
Gaia couldn’t stand that situation and decided to conspire against her husband. The Goddess asked one of her children to destroy Uranus but all the titans rejected except Cronus the most ambitious who thought he could perform that task. Cronus receives a scythe made of diamond and headed to the heavens wielding that weapon.

In the celestial residence of Uranus Cronus found the supreme God sleeping on a cloud. With a sharp stroke of his sickle the titan castrated his father. Uranus’s cry of pain was heard throughout the Universe. The skies were painted bright red the blood of Uranus.
Uranus’s testicles were thrown into the ocean and giving their fertilizing abilities several deities emerged in the waters. Cronus triumphantly returned and freed his imprisoned brothers as the great hero of the revolt he was hailed as the new supreme lord of the Universe.

Cronus didn’t free the Hecatoncheires nor the cyclops because he considered them very dangerous, they remained in tartarus. After the banquet the new sovereign was visited by his father specter which revealed to him a terrible prophecy. He said that like his father who had been dethroned by an infamous descendant Cronus would also lose the supreme throne, Overthrown by his own son in a terrible fate.

3 thoughts on “The Origin of the Greek World (Greek Mythology)”