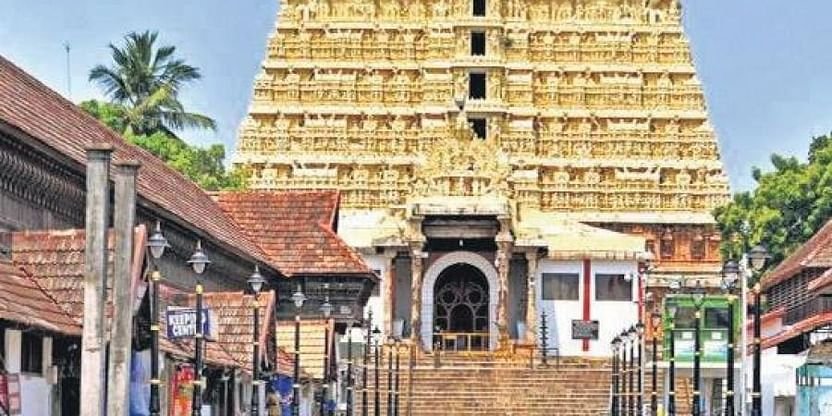 Have you ever been to the Padhmanabhaswamy Temple? Or heard about the mysterious chamber of the temple? If not, let me give you a brief introduction to the Temple. It is a temple located in Thiruvananthapuram, Kerela, dedicated to Lord Vishnu. The temple was built in the 6th century by the kings of the Travancore Royal family. They were said to be the descendants of the saint Kulashekhara Alwar.

The Padmanabhaswamy temple has a Vishnu idol where he lies in the sleeping position on the Sheshnaag in the Ananthasayanam. The word ‘Anantha’ means unending and ‘Sayanam’ means lying down.

The temple is the richest in India. It is famous for its mystery throughout India. There is a belief that a huge amount of treasure remains hidden in the temple basement. The temple has six vaults. Their names are A, B, C, D, E, and F. The authorities managing the temple were aware of these six vaults. Later, they identified two more vaults. They were termed G and H.

Vault B, the scary and mysterious Chamber

Vault B is considered to be the mysterious vault. There is some mystery behind this closed door. People are in search of the mystery to date but in vain. There is a belief that opening this door would bring misfortune. Those who have tried to open the door of vault B died. Thus, the belief got strong after the death of a petitioner who tried opening Vault B.

People believe that Vault B is guarded by serpents, an imaginary vampire named Kanjirottu Yakshi, and other supernatural divinities. Anyone trying to open the Vault shall invite trouble in their life. The temple management tried to open the door centuries ago but stepped back as they heard sounds of waves. The sound was mysterious and scary. So they changed their decision to open it.

There is another interesting tale that happened somewhere in 1930s. A gang of robbers tried to loot the temple but they saw snakes coming towards them.

The secret door of the temple is believed to have been sealed by ancient sages. The sages chanted Naga Paasam Mantra and the door was closed. People believe that the door will open only when a priest with the most accurate knowledge chant the Garuda Mantra.

A hidden treasure at the Temple

People did not dare open the mysterious chamber for many years due to the fear associated with it. But, the Supreme Court in 2011 gave permission to open other vaults. Huge treasures were discovered from these chambers. It included piles of coins, jewels, and idols.

According to the audit conducted in 2016, it appeared that a massive amount of gold had mysteriously disappeared from the repositories. Some skeptics suggested that there is a hidden tunnel beneath one of the chambers that led to the plundering of the treasure trove that escaped the eyes of everyone.

The Padhmanabhaswamy Temple is historical and has thick walls made of solid gold. The size of Lord Vishnu’s idol is so gigantic that devotees view him through three doors. The first door gives the view of the head of the deity. The central door provides the view of the lotus blooming from the Lord’s umbilicus. The third door is the last door from where the devotees can see the deity’s feet.

The temple is often in the limelight over the mysterious Vault B. Kallara is the traditional name for Vault.

Vault B of the temple remains untouched to date. The door of the mystic chamber has two big Cobra portraits. There are no nuts, bolts, or latches on the door. The real mystery lies there, as there is a belief that it might contain the largest undiscovered wealth in the history of the world.