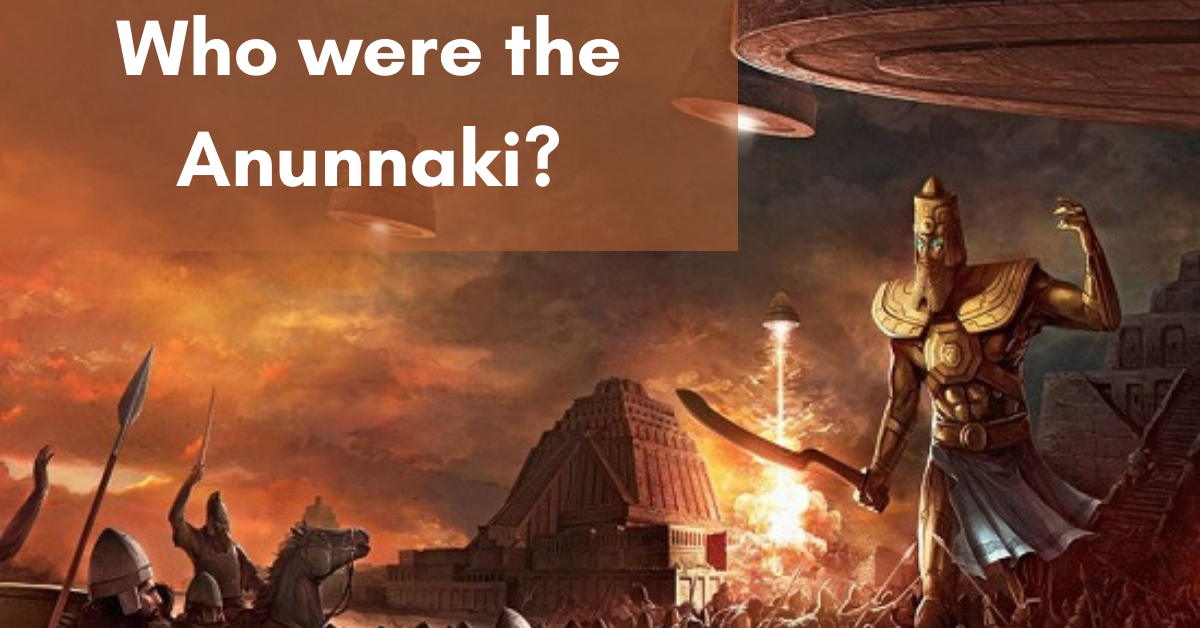 Are you aware of the term ‘ The Anunnaki’? Some people believe that they are aliens from ancient civilizations. The ancient Sumerians in Mesopotamia worshipped them as deities.

Who are the Sumerians?

Sumerians located in Mesopotamia i.e. Present-day Iraq and Iran. They lived during 4,500 BCE. They resided in Sumer (city-states ruled by priests). Sumerians worshipped the Anunnaki. According to them, they are the children of earth and sky. ‘An’ the sky God and ‘Ki’ the Earth Goddess.

The Sumerians were skillful gold and other materials traders. They procured gold from the Indus Valley.

Origin of the term the ‘Anunnaki’

Anunnaki are the group of deities known as Anunaki, Annunaki, Anunna, Ananaki, and other variations of the ancient Sumerian, Akkadians, Assyrians, Armenians, and Babylonians.

‘Enlil’ was the oldest of the Annunaki. He was the God of air and was the chief God of Sumerians. Before Enlil was born Earth and heaven were together but later the God of air split them. According to the Sumerian manuscript, there is a planet at the end of the solar system called ‘Nibiru.’ It was the home planet of the Annunaki.

Fables about the ‘Anunnaki‘

There are myths related to Annunaki. Some believed that they came to Earth from another planet called in search of Gold. The planet passed the Earth after it was so close to it.

The Annunaki forced the Sumerians to mine Gold for them as they were proficient merchants.

Every major deity in the Sumerian Pantheon was a patron of a specific city. They were an expectation that they would protect the city’s interest. The Annunaki were in charge of the city Eridu.

In a series of published books, there is a claim that extraterrestrial “ancient astronauts” visited the prehistoric Earth.

According to Russian-American author Zecharia Sitchin, the Annunaki were advanced humanoid extraterrestrial species from another planet. They came to Earth to mine gold after finding out that the Earth was rich in valuable metal.

He also had a notion that they built the pyramid and other monumental structures which is not possible without having advanced technologies.

According to David Icke, the British author mentioned in his books that the Annunaki was the reptilian humanoids. They helped the Sumerians develop their system of writing and mathematics.

It is the god of Sumerians in ancient civilization. They came to Earth in search of Gold from planet X or Nibiru as it was not present there.

Annunaki taught mathematics, writings, music, technology to people. Any advancement in the field of agriculture, science, medicine, astronomy, transportation, defense, schools, city planning, etc. was because of them. They were giant winged Gods found in the cuneiform text.

Are these real or mythical gods? Is it possible that human civilization made rapid advances in development 5,000 years ago because of the Annunaki presence on Earth?

It is the human mind to believe or not to believe. But, the Sumerian texts describing the Annunaki are proof of this theory.

If it is true we might someday reunite with these extraterrestrial visitors.