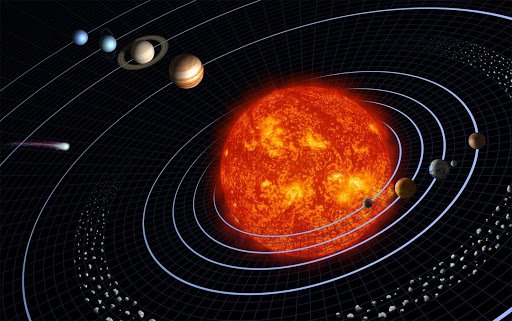 A Yuga is a unit of time that consists of 5 Solar Years. According to The Vedic sciences, These Yuga’s consist of 4 types which are Satya Yuga, Treta Yuga, Dvapara Yuga, and Kali Yuga. Let’s closely look at how this works:

The Cycle of Yuga’s Persisting in the Universe

It started with the Satya Yuga, which always lasts for 1,728,000 years.  The god Dharma (depicted in the form of a bull) Symbolising Dharma took place. So, it is known ” Golden Age” often. The second yuga is Treta Yuga, which was the yuga where Ramayan took place, and Hanuman established the Ram-Setu bridge. The Third Yuga is the Dwapara Yuga, Where the mighty of Wars, Mahabharata War was fought and various other events followed by it. When Krishna died, the righteousness of the world vanished, this is when Kali Yuga started! Kali Yuga is the Yuga we are living in the present, where we are struggling with Corona, A sign of Kali Yuga indeed!

How many Years is Kali Yuga?

How Many Years Left for Kali Yuga To End?

Kali Yuga has 426,878 years left to end as per this year, which is 2021. Kali Yuga will end in the year 428,899 CE. Almost 5,200 divine years earlier this Yuga has started, but you come to know that there’s a long time for it to end. I know we all want this period to end as soon as possible, but all these events were prevailing.

How will Kali Yuga End?

Chapter Two, the Last section of Srimad Bhagavatam or Srimad Bhagavata Purana, is one of Hinduism’s most sacred texts. This chapter ends with a brief description and predictions of the future dynasties of the sun and moon coming from, Vaivasvata Manu.

The predictions of Kali Yuga made centuries back are so true which one of them is that A person will be judged unholy if he does not have money, and hypocrisy will be accepted as virtue.

Marriage would be just a verbal agreement and Men and Women would be in a superficial attraction.

There are more things which was predicted, this is just a few among them.

According to Purana, Lord Vishnu the (maintainer of religion) will be born taking the last Avatar of Kalki and He will destroy all the wicked people and reward the good people, Satya-yuga will begin, and human society will bring forth progeny in the mode of goodness.

When exactly will Satya Yuga Start?

Kali entered this world, and people then began to take pleasure in sinful activities. So Vishnu kills the Kali demon and makes all the sinful people disappear.

Satya-yuga will manifest again. At that time the minds of all men will become self-effulgent.

When the moon, the sun and Brhaspati are together in the constellation Karkata, and all three enter simultaneously into the lunar mansion Pusya—at that exact moment the age of Satya Yuga will Start.

By the end of Kali Yuga, all the creatures will reduce greatly in size. The path of Vedas will be disappeared in human society. The kings will mostly be thieves, the occupations of men will be stealing, lying, and needless violence, and all the social classes will be reduced to the lowest level of Shudras. Clouds will be full of lightning, and there will be no glory! On this day Vishnu will save the world and make the age known as ‘Sathya Yuga’

4 thoughts on “What will happen to the world When Kali Yuga Ends?”