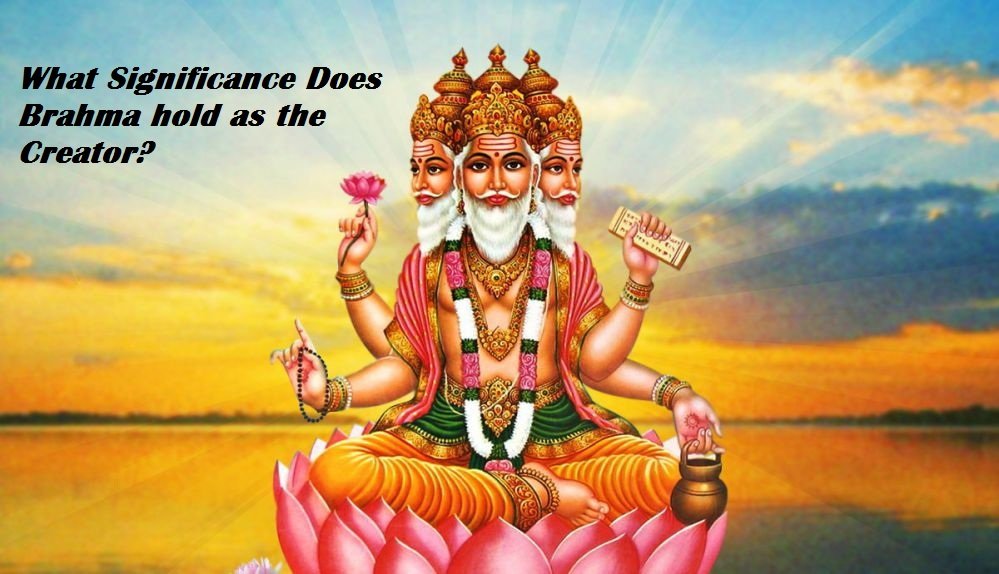 As many of you already know being a Hindu, Brahma holds immense importance as being the utmost Creator. But why is that? Why should we believe in his utmost manifestation as a Creator. We will discuss everything related to this in this unique piece.

The Mythology of Brahma

Let’s focus on the attention to detail of Brahma that conveys a powerful message for us. For starters, Brahma is a four-faced god, and that has a direct relation with Vedas(manuscript). Each one of his four faces actually constitutes the four Vedas are mind (manas), intellect (buddhi), ego (ahamkara), and conditioned consciousness (Chitta).
The fact that in one of his hands he is shown to hold a plethora of different manuscripts signifies the amount of utmost knowledge he has as a God.

How does Brahma create women and mortality?

The most crucial aspect to understand is that Brahma’s first female was actually death, this brings prosperity and justice upon this Universe. Many of you might be wondering about the appearance of this deathly figure. So, the woman was a dark being covered in red garments, eyes being red, gracefully embedded ear rings and priceless ornaments. Her main function is the destruction of all the worldly creatures. Thus, Brahma sent her on her way to perform heroic acts and dangerous endeavors. Through these acts the differentiation of Gods and Mortals was substantiated and made permanent.

After sprouting from the cosmic Egg he created:

Apart from this he was also responsible for the creation of things characterized as Gods, demons, Ancestors and lastly men. The demons born from his thighs led to his conversion to night. The interesting part is that after creating righteous Gods he became the exact opposite of night which is day and so for that reason he had to abandon his body once again.

Let’s know wrap up with our final thoughts. By now you may have understood the importance of Brahma as the Creator. Not only does he strive on his symbolic figure but his four faces are able to expand upon the Vedas. And the fact that he holds a set of manuscripts in one of his hands is a testament of his supreme knowledge. Apart from that his role in several worldly creations as well as his role in death signifies his position as the Creator.