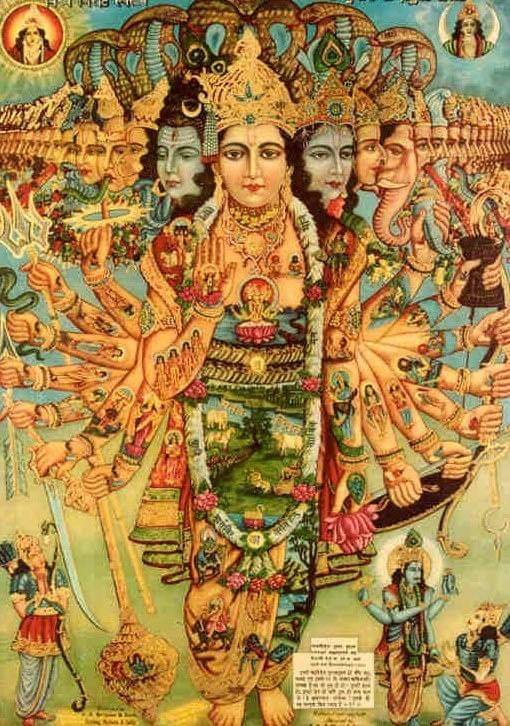 The Sanatan Dharma is one of the first religions and the reason that is known as “Hinduism” today. For spreading the Sanatana Dharma, it had to be expanded by various gods. Every guru has a different style of teaching, from methodologies, principles to behavior.

So, Sampradayas are a set of religious groups or they relate to a succession of masters and disciples, which serves as a spiritual channel, and provides a delicate network of relationships that gives to a religious identity.

1) Why is Sampradaya Needed?

In Hinduism, the Sampradaya’s established makes a person devoted to the gods equally, rather than only paying importance to only one god.

More than that, the sampradayas help in defining who we are and create an easier understanding to be grouped. Teachings can widely be spread, But one cannot change their Sampradaya in their lifetime.

How Many Sampradaya’s Do we have in total?

Sampradaya exists in every religion or sub religion. When we take it in terms of Our Sanatana Dharma, There are 5 in number. We will further discuss briefly what the five sampradayas are:

Smartha’s are one of the most renowned religious groups known today. Starting from the Jagadguru Adi Shankaracharya, People believed in the authority of the Vedas as well as the basic premise of Puranas. Through his establishment of the peethas across India, Shankaracharya made Smartha a dominant sector throughout India.

Smartha’s worship Shiva as their main god ( Dakshinamurthy form of Shiva) and the other gods as A pratiroop of Shiva  (Ganesha, Shiva, Shakti, Vishnu, Surya, and Skanda). They believe that all the six manifestations of God are equal and worship without any discrimination or Bhed- Bhaav between the Gods or Goddesses. Today Smartha’s are mostly in power, where they take major decisions regarding the temples and mathas.

As the name and images suggest, Shaivas are hardcore Shiva Bhakts or devotees of Shiva or Rudra Avatar. They believe that it is the oldest living religion in the world which is closely related to Shakti. Some Shaivas worship in both Shiva and Shakti temples, Shaiva’s wear a Tripundra on the head. It consists of three horizontal lines on the forehead, usually with a dot made from sacred ash, and has spiritual meaning in Shiva.

The Vaishnavas are the people who pray to Lord Vishnu and his related Avatars. The term “Vaishnav” means people who believe in one Supremity, Who is Vishnu.

The main thing you will get to see if A person is a Vaishnava or not is by seeing the Tilak, they also wear the Tulasi Kanti, and have their relation with ISKCON.

What is Vaishnav? and Who are Vaishnavas?

Shaktas are mainly people who worship Goddess Parvati and all the other avatars of Parvati – Like Shakti. People who follow this are mainly situated in Kolkata, or Bengal where the Durga pooja is celebrated grandly for many days.

Ganapatyas are people who believe and pray to only Ganesha, who solves problems gives knowledge, success, and strength. Ganapatyas dharma is situated in Maharashtra extensively. But It is in decline as many people have converted to Jainism and Buddhism previously.