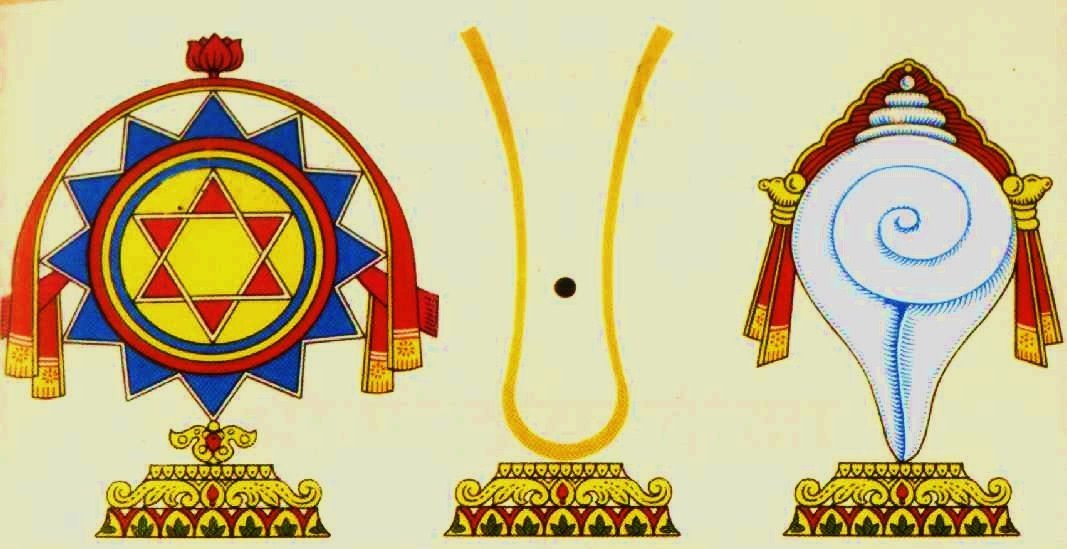 The term “Vaishnav” means people who believe in one Supremity, Who is Vishnu. The Vaishnava’s are the people who pray to Lord Vishnu and his related Avatars. They do not pray to any other God or Goddess. According to them if one faces troubles, it is because one’s soul is not connected or devoted to God. They also believe that living beings are eternal creatures.

How to Identify if one is A Vaishnav?

The main thing you will get to see if A person is a Vaishnava or no is by seeing the Tilak. There are four types of tilaks which are placed according to their Sampradaya. It is classified as four types of Tilaks which are designed differently. So one gets to know If he is a Krishna or Vishnu Bhakt.

Another feature you can get to know who A Vaishnav is by looking at their neck. Where the Tulsi Kanthi is placed. Wearing Kanthi mala (Tulsi mala) indicates the surrender level to Lord Krishna and following the devotional rules.

Tulsi beads are said to protect one from bad dreams, accidents, attack by weapons, and inauspicious destinations at death. For these, Krishna devotees always wear Tulsi Kanti Mala.

Vaishnavas carry a Tulsi japa mala everywhere. They repeat the names of Hari simultaneously chanting while moving the japa mala, even other religion groups do japa and this is the proof of the Sanathana Dharma.

What are the Four different types of Sampradaya or religious groups under Vaishnavism?

The four types of Sampradaya are ” Chatur Sampradaya”. Lord Krishna wanted to spread the teachings through many ways, so he spread the divine knowledge through various Gods.

The four main gods here are Bramha, Lakshmi, Shiva and the 4 kumars

The 4 gods formed the 4 different Sampradaya’s and have their own set of beliefs.

Originated from Lord Bramha this religious group was then adopted by Madhavacharya. In this Sampradaya, they have mainly written about the manuscript, Mayavad ke Khandan.

They Believed that all the items used in doing pooja or paying the obeisance to the Lord are themselves the Lord. However, For this reason the flowers, kumkum, haldi, dhoop, bell, and other items used is believed as the god himself.

Goddess Lakshmi formed this Sampradaya and later adopted by Ramanujacharya.” Ramanuja Sampradaya ” was popular after this. In this later came Ramanand swami who divided this sampradaya, but both Ramanujan and Ramanand follow the same principles and values.

They worship Lakshmi Narayan and Ram- Sita in this Sampradaya.

The sampradaya is believed to have traced its origins to the Hindu deity Shiva on the knowledge imparted to him by Vishnu (or Krishna), on mankind.

The Sampradaya originated in Sri Kshetra(Odisha) but currently is mainly present in Gujarat/Rajasthan, through the Vallabha sampradaya.

This is the first formed Sampradaya by Lord Vishnu as Shiva was the most best follower of Vishnu. Lord Shiva then imparted this knowledge to Vishunuswami. Bhakti – raag , singing melodiously is of more importance here. Represented as Gaudiya, Many followers have imparted education like Srila Prabhupada who included ISCKON.

The Sampradaya originated in Sri Kshetra (Odisha) but currently is mainly present in Gujarat/Rajasthan, through the Vallabha sampradaya.

It was founded by Nimbarka (c. 7th century CE), a Telugu Brahman, yogi, and philosopher and teaches the Vaishnava bhedabheda theology of Dvaitadvaita (dvaita-advaita) or dualistic non-dualism. Dvaitadvaita states that humans are both different and non-different from Isvara, God or Supreme Being.

Many people follow this path since, they are very easy going, People in this group consider krishna as their friend, and they worship for Krishna and Radha’s love, they study and follow what Krishna says and so many more. Krishna is their only God.