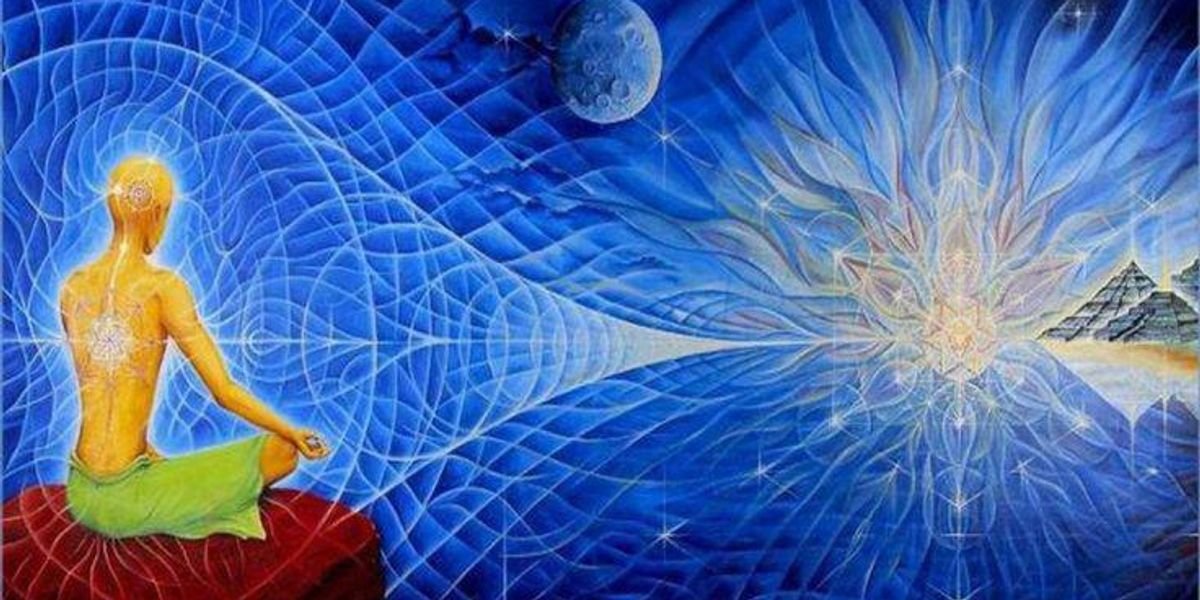 Moksha stands for salvation in English and is the ultimate goal of human life. When you attain Moksha you are free from the cycle of birth and death.

Hindus believe in Karma. There are four aims in life according to this doctrine. They are Dharma (duty), Artha (wealth), Kama ( desires), and Moksha (Salvation).

Among these, moksha is important. If one attains it, one is free from the concept of birth and rebirth. So human beings should strive to achieve ‘Moksha’. If you do good deeds and live your life according to the ideals of Dharma you can attain Moksha.

The concept of Moksha emerges from ‘Purushartha’ which is a gender-neutral term and includes both men and women. Purush is the primal man and is the source of the Universe. Artha means the purpose of life and not any material wealth. To achieve Moksha you must design your life in such a way that you fulfill your ‘Purushartha’ which refers to the aims in life.

Your soul never dies, it just changes the body. For liberating your soul from reentering another body Moksha or salvation is important.

The Bhagwad Gita states that the cycle of rebirth is like humans change their clothes the soul changes the body. This cycle goes on until the soul gets liberated from this cycle.

The Concept of Moksha in different religions

In Hinduism, there is a belief that the soul transmigrates. It travels from one body to another.

In Judaism and Christianity, the souls of human beings are immortal. Animal and other creatures don’t have immortal souls. In Hinduism, the soul is omnipresent.

Other names of Moksha

The concept of Moksha is known by different names such as Vimoksha, Vimukhti, and Mukti.

In Buddhism, emphasis is more on Nirvana (Enlightenment) than Moksha. According to Buddhism, through discipline, meditation, and self-control one can attain salvation.

In Sikhism, Mukhti is the name for Moksha which is not as important as reverence to God. The devotion towards God will help you to attain salvation.

In Islam, the concept of Moksha is much simpler than in other religions. If you die disbelieving in God, you will not attain Salvation. Salvation is to enter paradise (Jannat) after death in Islam.

In Christianity and Judaism, the only way to attain salvation is through uniting with God. God is the only source of salvation and liberation of the human soul.

How can you attain Moksha?

You can attain Moksha in this life by detaching yourself from the desires, fears, anger, and frustration of this world. This liberates the soul from the cycle of birth and rebirth. Salvation at this stage is called Jivanmukhti. You need to stay away from all the negativity of the world and acquire knowledge of the soul and the universe.

There is also the liberation of the soul after death. This is called Videhamukti. It means the soul is free from Samsara and has attained liberation. When you achieve Moksha it means you detach yourself from the material things and achieve divine bliss.

Are Moksha and Nirvana the same?

In Hinduism, there is the concept of Moksha while Nirvana is common in Buddhism. Moksha means Salvation and Nirvana means not just liberation of the soul but attaining enlightenment and the right knowledge.

Moksha in Hinduism is the central concept that can be achieved through good karma. When you do more good deeds in your present life than bad deeds your soul gets free and attains knowledge of the divine.