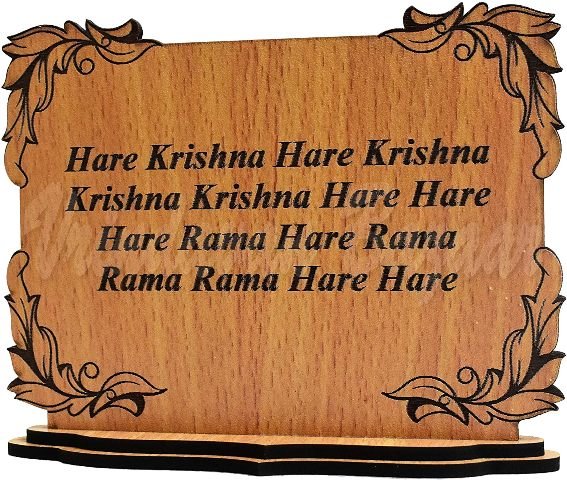 What is Hare Krishna Maha Mantra?

The Hare Krishna Mahamantra is one of the most popular mantras of current times. It is a mantra which has many benefits. This Mantra can also bring about many changes on regular chanting. The entire mantra has 16 names of the Lord.
In KaliYuga, It is said that chanting the names of the lord is the highest form of Sadhana or Spritual discipline.

Hare Krishna Mahamantra have 3 names of the Supreme personality of Godhead. They are namely “Hare”, “Krishna” and “Rama”.

“Hare” reperesents the inner potency of the Supreme Lord Krishna. Hare is also the name of Lord Krishna’s love and service potency namely Srimati Radharani.
Chanting “Hare”, regulates the heart chakra and also cleanes the muck within the heart. The Heart chakra is the meeting point of the higher chakras namely the Sahasra, Ajna and Vishuddhi and the lower chakras namely the Mooladhara, Swadishthana and Manipuraka Chakras respectively.
Hence chanting the “Hare”

Advertisement
in Hare krishna Mahamantra refers to the balancing and harmonizing of the higher and lower chakras.

Chanting the name “Krishna” evokes great power through the Visuddhi Chakra. The name “Hare” which represents Srimati Radharani cleanses the lower tendencies of the heart and makes it pure.

By Regular chanting of the 16 name of the Hare Krishna Mahamantra one becomes composed and peaceful. It is necessary that one should take up 16 rounds of chanting on a 108 beaded Mala or Rosary made up Tulsi or basil plant stem.

Effect on Health and mind of Hare Krishna Mahamantra

If the chanting is sincere and well intentioned one can never have heart disease. One shall start getting good sleep. Also energy to work and perform gets enhanced drastically after chanting Hare Krishna Mahamantra.

By regular chanting of the Hare krishna Mahamantra one will also slowly move to the spiritual domain and give up materialistic views about life. One shall also develop great convincing and logical capabilities as one regularly chants the Hare Krishna Mahamantra.

If one takes to the spiritual path by choice, as one keeps chanting the mantra, the mantra has the capability to draw’s one’s spiritual master through sustained repetitions of the Mantra.

The Hare krishna Mahamantra is like pure undiluted nectar which can grant immortality to the chanter and one will soon realize the purpose of life and shall be given a vision of what lies beyond death through regular chanting.

Also Read: How did Lord Brahma, Vishnu ,and Mahesh originated