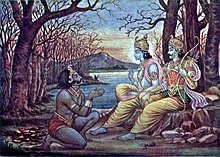 Previously we named Hanuman, Jambavanta, Durvasa Muni, VedaVyasa, and Parshuram. Who are still alive. Down is the attached link for the previous article Read that article

Here Read: 9 People Who Are Still Alive After The Mahabharat War (Part 1)

Born from the seed of the warrior-sage Sharadvan, Kripacharya is the adopted son of Shantanu (the king of the Kuru Kingdom). He was a council member in the kuru kingdom and Guru to Pandavas and Kauravas. His sister Kripi is the wife of Guru Dronacharya.

Kripa was trained by his birth father and became a great archer like him. Later in the epic, he fought on the Kaurava’s side against the Pandavas in the Kurukshetra war and was among the few survivors of the war who finally went to the forest for penance and lived the rest of his life. Kripacharya was blessed by Lord Krishna that he would be immortal.

We All know This famous man Ashwatthama, the son of Dronacharya and a close friend to Kauravas Prince-Duryodhana. He fought from the Kauravas side and remained undefeated in the Mahabharata war.

He became a Chiranjeevi (immortal) due to a curse given to him by Krishna. Ashwatthama had done the greatest and most brutal sin by killing a child (of Uttara) even before it is born. So, Krishna is in rage! cuts Ashwatthama’s divine gem from his forehead and curses that till the end of the Kaliyuga, he will suffer from excessive bleeding, suffer diseases, his body skin pieces will melt like a wreck in a ball but still, he will not die and nobody will come in front of him to help him.

Mayasur was the son of Kashyap (father) and Diti (mother) was a great king of Asuras. He is known for his wonderful Architectural abilities. In Ramayana, his existence is depicted as the father of Mandodari, the beautiful wife of Ravana, the king of Lanka.

During Mahabharata, Mayasura was the friend of Takshaka (the Naga) and lived with him in the area of Khandavprastha along with his family and friends but when the Pandavas came there after the partition of Hastinapur, Arjun burnt this forest to build their Kingdom, forcing Takshaka to flee away and killing everyone in the forest. Mayasur hence, saved by Lord Krishna and Arjuna. Mayasur requests to offer his services to them when Krishna instructs Mayasur to construct a fabulous palace hall for king Yudhisthira, at Indraprastha, which becomes the Mayasabha, renowned, beautiful, and the largest of its kind. It had many specialties such as highly reflective floors that were easy as the surface of a pool of still water. There was also one pool of water, the surface of which appeared as the decorated floor, into which Duryodhana fell.

Rishi Markhandeya is an ancient sage born to Bhrigu Rishi. Markandeya was a great devotee of Lord Shiva and on the day of his destined death, he continued his worship Shivalinga. The messenger of Yama (the god of death) was unable to take away his life because of his great devotional worship of Shiva and chanting of MahaMruthyunjaya (Japa). Shiva granted him the boon that he would live forever due to his great devotion.

According to Mahabharata, Rishi Markandeya’s existence explains Ramayana to Pandava Yudhishthira during their exile. It is also depicted that Markandeya assisted Sage Jaimini (disciple of Ved Vyasa) with answers to some questions.