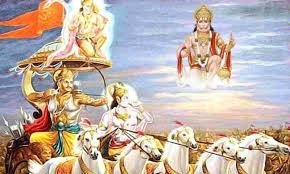 The Mahabharat describes him as the son of Brahmin sage Parashara and Satyavathi. He is the one who classifies the Vedas and consequently gains his name VedaVyasa. He is also the arranger of the mantras of the Vedas, as well as the author of the eighteen Puranas and the Brahma Sutras.

Together with Lord Sri Ganesh, he composed the Mahabharata epic. Mahabharat describes him as the eighteenth Vyasa. Niyog gave him three children, Dhritarashtra, Pandu, and Vidura. Hindu tradition holds that he still exists.

Parshuram- ‘Ram with an axe’ is the sixth incarnation of Vishnu Dashavathara in Hinduism. He is born to Sage Jamadagni and Kshatriya lady Renuka. He is known as a great warrior, Guru, and a Brahmin sage and is the Guru to Bhishma, Dronacharya, and Karna. Parashurama is shown as the angry Brahmin who with his ax. He killed a huge number of Kshatriya warriors because they were abusing their power.

In Mahabharata, Durvasa is known for granting a boon to Kunti for serving the sage with great devotion. He provides her a boon using which she can invoke any God of her choice to beget children by them. We all know when unmarried Kunti invoked this boon, the Sun God blessed her with a baby boy named Karna.

Also, Durvasa Muni along with his disciples appear in the forest during the Pandavas ‘ exile, when there is no food left to serve them. Krishna then enters appears Infront of Draupadi, who took the last grain in the pot to eat and this satisfies the hunger of Durvasa and his disciples, and Krishna, to have saved Pandavas from the curse by Durvasa.

His existence depicts in Ramayana wherein Durvasa is said to be the fortune teller to king Dasharatha and is considered one among the Chiranjeevi’s who are still alive.

Jambavanta is the divine-king of bears origins from Brahma to assist Rama in his battle against Lanka’s king Ravana. He was present at the churning of the ocean (Samudra Manthan) witnessing Kurma avatar of Lord Vishnu. He is, to have circled Vamana (Fifth Avatar of Lord Vishnu Dashavathara) seven times when he was acquiring the three worlds from Mahabali.

In the Mahabharata, Jambhavantha fought with Krishna in order to obtain a gem called Yamantaka. He surrendered to Krishna and gave him the gem, and presented him with his daughter Jambavati, who became one of Krishna’s wives.

The longest-lived of the Chiranjeevi, he has witnessed Lord Vishnu’s nine avatars.

A Hindu god and divine companion of Rama in the Ramayana. Hanuman appears in Mahabharata as a feeble old monkey lying on the ground. Hanuman refuses to move when he was to do so. At this time, stepping over another person to be extremely disrespectful, so Hanuman suggests lifting his tail to create a passage. Bhima accepted, but could not lift the tail. Bheema realizes he is not an ordinary monkey and asks to reveal his true identity.

As a result of Hanuman’s promise, Bheema and Bhima agreed to devote their lives to the Mahabharata war. Hanuman also promised Arjuna that his battle cry would weaken the hearts of Bhima’s enemies.

Looking for the next 4 people who are still Alive After the Mahabharat War? Stay tuned for the next article for more information 🙂

Read: 9 People Who Are Still Alive After The Mahabharat War (Part 2)