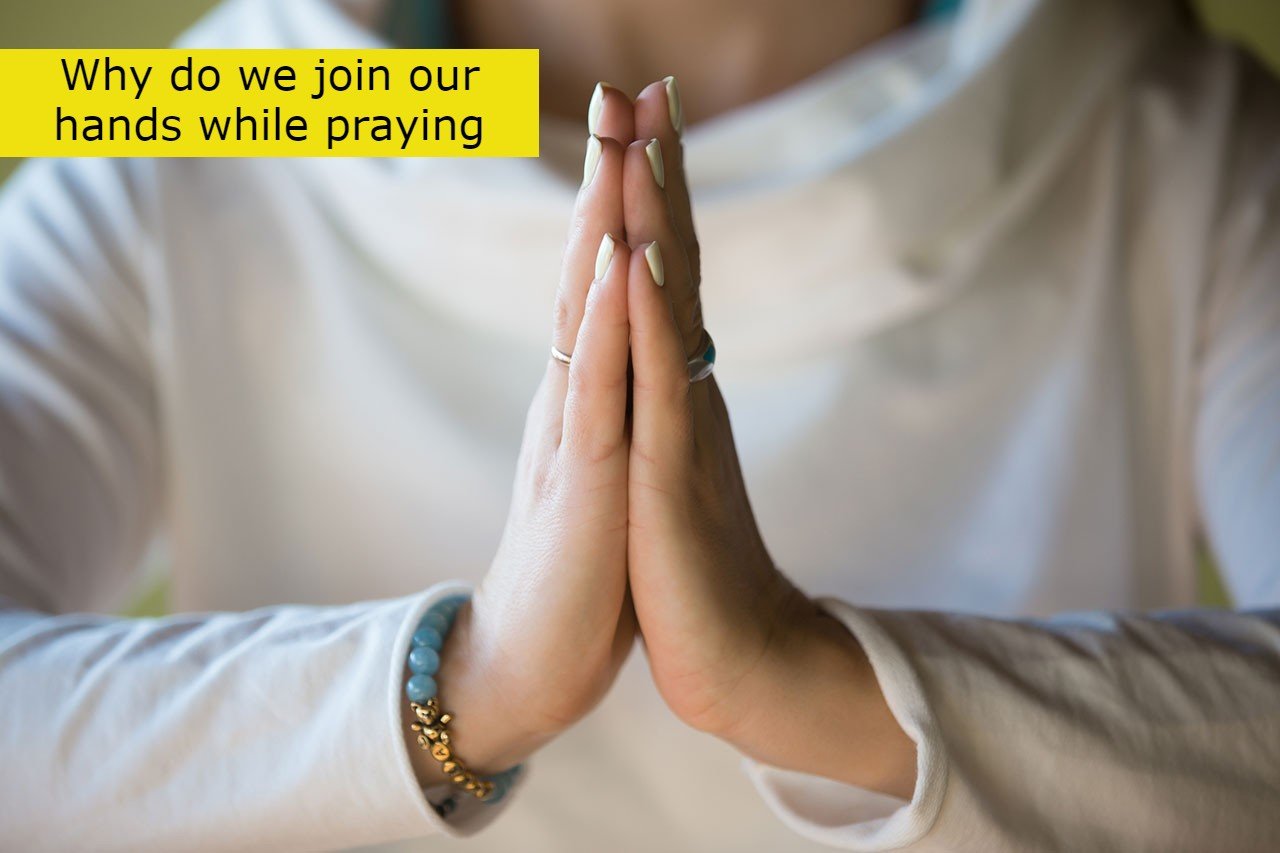 Why do we join our hands while praying

We all know that India is a country of various customs and former traditions. One of them is joining our hands while praying which emerged from India and is now well known around the World.
In ‘Sanatan Dharma’ we consider all the living beings of the whole world as united or connected to each other. Concept of Hindu called ‘ekatwa’ which means Oneness. We see the divine power in everything, maybe it is an animal, nature or all other living beings and respect them. Respect all the living beings, our nature, our rivers, our mountains, cows, buffaloes as well as the deity so in order to show our respect. We join our hands showing that we are bowing to them while praying. It’s a kind of indication that we respect them.

Reason behind joining our hands

We are aware of the fact that when we pray about something, that will not only be advantageous to us but the whole creation of our World. So this is also entrenching the concept of unity or ‘ekatwa’. The person who is praying to God is a part of creation and all the creations are linked to each other.
Not only during praying, while doing ‘Namaskar’ or ‘Namaste’ we also join our hands to show respect to each other.

It originated from the word ‘Namah’ which is considered as a devotional word meaning “I bow to you”. Which is a very respectful custom. Several people who are more linked to the tradition join their hands and put forward towards their forehead which is regarded as showing more respect to other living beings or God.

We all are aware of the fact that our Ancient classical dance, folk dance or any other art of ancient time involves the joining of hands to represent a particular gesture. While joining our hands all the fingers become connected to each other and represent that all the energies are connected. Each finger signifies five elements of the earth that are Air, Water, Earth, Fire, and Sky.

While introducing two hands together it will counterbalance all the energies called ‘Pancha bhutas’ and eliminate all the unnecessary thoughts of our mind, bring calmness and increase our confidence level. So it is also beneficial for maintaining or boosting our mental capability.

According to some leaders joining hands while praying is a posture of yoga that means the union of two energies to conjoin. Maybe it is a union of ‘Masculine and Feminine’ ‘Shiv and Shakti’ or ‘Yin and Yang’ anything we can say to it and to achieve this blessed union we just have to join our hands.
It also signifies the association of left and right hemispheres of our brain.

We know that there are several ‘mudras’ of yoga which we perform to acquire authority over our body and brain. ‘ Mudras’ plays an important role for calmness and achieving attentiveness. So while praying when we join our hands then the fingers will get in association with each other. As a result several pressure points of the finger are pressed and which results in creating vibrations on our body parts. This start up the dormant cells by which we become alert and also results in the calmness of our mind. By which we will become free of any kind of unnecessary thoughts created by sound apprehended on our ears. By this, we can fully concentrate on our prayer regardless of the sounds created in the surroundings.

Religious Concept of joining our hands

In Buddhism when joining the hands together our eight fingers become as petals of Lotus whose number is also eight. According to which the adorer imagine the God in their heart within the petals of Lotus. It also indicates the viewpoint of giving up of the adorer showing the belief and acknowledgement of them.
When we join our hands while praying, it will show our respect and gratefulness towards the divine power. Showing a kind of devotion with our whole heart to the God which also helps to bring the Spiritual perception to the adorer.

In conclusion, joining hands while praying shows the act of respect, our acquiescence and our commitment to God who has created the Earth and is the most enlightened power. It’s a sign of respect which we also give to our elders while doing ‘Namaskar’ or ‘Namaste’. We can impress and win the hearts of our elders by doing this. It also brings calmness to our mind and makes our mind free of any thoughts.