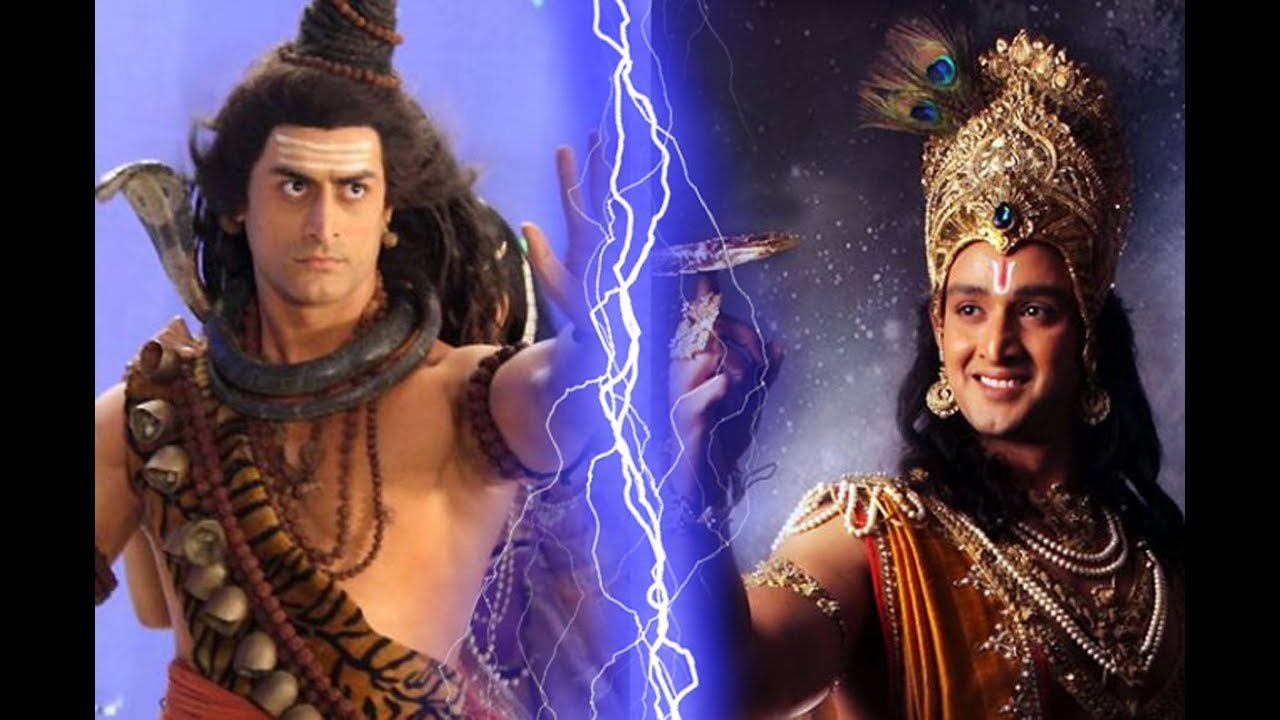 Shiva and Krishna are the two entities to this world, and for our existence, Here one is the creator of the universe and one is the destroyer. Krishna worshipped Lord Shiva and Shiva was a big devotee of Krishna right from Krishna’s Birth. How could a big war verge between them? ever thought of how it could have taken place? read to find out more.

Banasur was the eldest son of King Maha Bali among the hundred other sons. Mahabali was the grandson of Prahlada and son of Virochana, while Vishnu had taken Vamana avatar, who puts Mahabali inside Pathala Loka (Underworld) . Banasur is a great devotee of Shiva and spends his life meditating and pleasing Shiva. After many years pass, pleased Shiva appears before Banasur and asks him for the boon he wants.

Banasur says ” A might of 1000 arms in his arms ” and tells Shiva that whenever he faces a problem or situation, Shiva himself should stand with him and protect Banasur. Lord Shiva granted this wish too.

Banasur was very powerful after Shiva’s blessings, he started attacking many kingdoms, killing people. His arrogance and ambitions were becoming worse. He even attacked the Abode of Shiva, Mount Kailash, seeing this Shiva got really angry and cursed Banasur that “his end was near, and the person for his end has already been born. Shiva tells him that once he sees The Flag on his kingdom gate broken, it is that very day he will die.

3) Usha dreams about a Handsome Man

Usha is the daughter of Banasur, one day in her dream- she dreamt about a Handsome man. Taking the help of a Chitralekha, a painter. She describes the man in her dreams. Out of astonishment she had drawn the portrait of Aniruddha . Aniruddha was the grandson of Krishna and asked the people of her kingdom to Abduct Aniruddha by making him unconcious. When Aniruddha woke up, he found himself with Usha. Usha later tells him her dream and he also falls in love with the beauty of Usha.

Banasur didn’t see the flag which was on his gate, he felt something suspicious as if someone had visited his place, then when he went to his daughter’s chamber he saw Aniruddha in Usha’s chamber. He gets very angry after seeing this. On the other end there was a huge havock at Krishna’s place Dwaraka.

5) The Mega War started between Krishna and Banasur with Shiva

Lord Krishna received the message that Banasura held Aniruddha captive. He then, along with Balarama and some army, attacked Banasura’s kingdom. Balarama with his power destroyed all of Banasura’s army. Banasura confronted Krishna but he was powerless in front of Lord Krishna. Then Banasura prays to Lord Shiva.

Lord Shiva who was confined with the boon, came to rescue Banasur. Krishna fought with Shiva and Banasur, A Big fight between two great Gods. Krishna and Shiva Known that weapons of both colliding would create the world to die. Seeing Himself fighting with Shiva himself made him feel this war was helpless, so Krishna slowly meditates for Shiva. Shiva then gives him a trick, to leave an arrow which made Shiva sleep. After Shiva sleeps , Krishna cuts the arms of Banasur with his Sudarshan arrow.

He ordered the Sudarshan Chakra to cut of Banasur’s head then Shiva woke up and blocked the Chakra. Shiva then pledges Krishna to forgive Banasur as he is one of his great devotees.

Looking at this, Banasur also felt ashamed and asked for forgiveness. He also promised to let down his arrogance and will be good in the future. Banasura then organized marriage of Aniruddha and Usha to each other and left them with Krishna respectfully.

2 thoughts on “Why did Lord Shiva fight with Lord Krishna?”