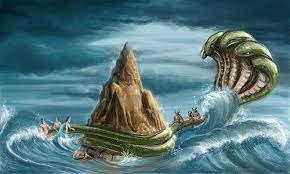 Shravan month, devoted to worship the deities especially for Lord Shiva, says that Lord Shiva and Goddess Parvati along with their children reside in Bhuloka during Shravan month. We also see festivities like Krishna Janmashtami, Naga Panchami during this month.

Naga worshipped as serpent deities. We can see the Naga Idols in many temples where people offer Pooja with flowers and milk. In Hindu mythology snakes are Devine for knowledge, strength, and immortality due to their skin renewal and youthful forever.

In Hindu Mythology we can see Naga association with the deities where Vasuki Naga saw around Lord Shiva’s neck as a Garland. Lord Vishnu lies on the SheshaNaga. In Buddhism, Nagas often represents as the door guardians. Here’s a look at five Nagas and their prominent roles in Hindu mythology.

Astika is the son of Jaratkaru and Serpent Goddess Manasa, In Mahabharata, Astika saves the life of Naga King Takshaka, during Sarpa Satra the snake sacrifice organized by King Janamejaya to avenge the death of his father Parikshita due to a snake bite of Takshaka. Astika convinced the king to end the victimization due to the serpent race. In Shravan month, this day is Shukla Paksha Panchami and we celebrate Nag Panchami on this day.

Adishesha also called Sheshanaga is the king of nagas. Puranas mention that Adishesha sings glories of Lord Vishnu and the one who holds the universe on his head. Vishnu rests on this Sheshanag in Vaikunta, the divine adobe of lord Vishnu. As per Mahabharata, Shesha was born to sage Kashyap and his wife Kadru. Kadru gave birth to thousand snakes of which Shesha was the eldest.

The snake that we see around the neck of Lord Shiva is Vasuki. Shiva has blessed Vasuki and he always wears him as his Garland. He is the king of nagas and has a gem called Nagamani on his head. During ‘Samudra Manthan’ (the churning of the ocean of milk) by Devas and Rakshasas engaged in the churning of the sea in search of nectar to be immortal. Vasuki allowed the devas and rakshasas to use him as a rope to extract the ambrosia of immortality.

Kaliya was a poisonous snake living in the Yamuna river in Vrindavan. The water boiled and bubbled with poison for four leagues and no human or birds could go near the river. Kaliya was residing in Ramanaka Dwipa and moves to Vrindavan for the fear of Garuda (the enemy of serpents). Once when Krishna with his friends were playing on the banks of the river and accidentally the ball fell in the river. Krishna jumped in the river and Kaliya rose up with his hundred and ten hoods vomiting poison. After a tough fight with the snake, Krishna rose up from the bottom dancing on the head of Kaliya called ‘Kalinga Nartana’ in South India.

Mansa Devi is the Hindu goddess of snakes. As a goddess, she is worshipped for preventing and curing snakebite, fertility, and prosperity. She is the sister of Vasuki and the wife of the sage Jaratkaru. A lotus god, covered in snakes or standing upon one, is often depicted as a goddess. Her children are often on her lap when she is seen.

1 thought on “Who Are The Five Deities Of The Nagas?”