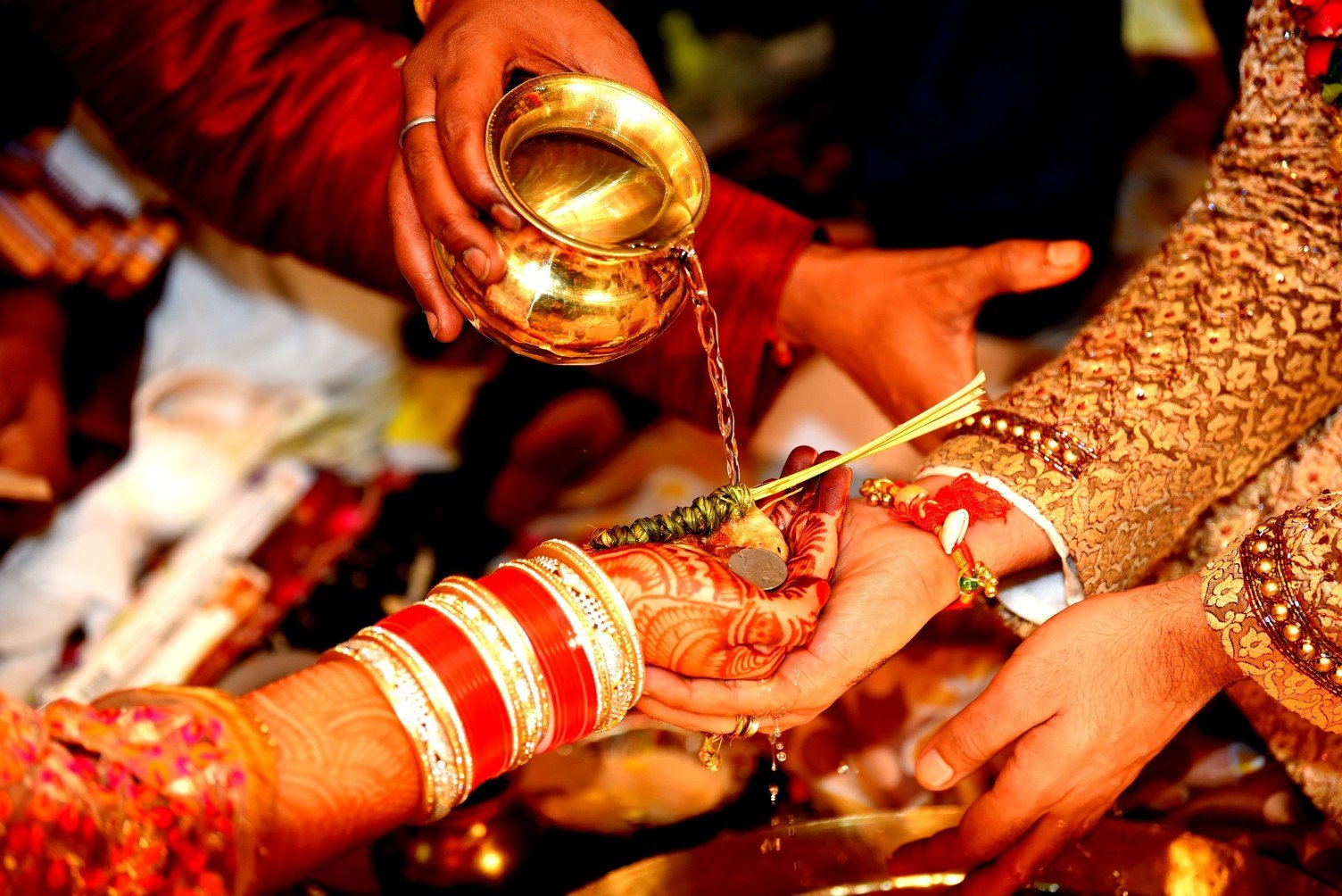 Kanyadaan is an important and essential part of every Hindu marriage. Kanyadaan has a unique importance and significance in every marriage. However there are many misinterpretations and misconceptions about this rituals. Very often this becomes an issue of debate and discussion over mainstream media and social media.

There is a misconception about Kanyadaan going around that it is a very regressive culture. Many individuals just assume that during this ritual the bride’s father gives away the bride or his daughter to the groom/husband as a donation. Some simply assume that the girl is just given away as a commodity or is being traded by her father. This assumption creates conflicts among followers of the ritual and intellectuals. Many a times intellectuals and especially feminists strongly oppose and degrade this important ritual without knowing the actual meaning and significance. They claim that this ritual is an insult to the girls.

In this article we shall clear all misconceptions and wrong assumptions about Kanyadaan ritual in Hindu marriages.

Misunderstanding of the term ‘Daan’

A popular arguement says that here the girl is portrayed as ‘Dhan’ /धन or commodity while doing the Kanya-Daan. Are girls just a mere commodity ? Can she be donated or traded just like that ? This gives girls an inferior status in the society.

Here the term ‘Dhan’ / धन has a vast meaning. ‘Dhan’ when translated from Sanskrit to Hindi not only means just money or property or any materialistic posession. People assume that here girls are a commodily with low value and hence given away. ‘Dhan’ means anything that is more dearer to us. It is something that we are highly attached to. Here ‘Dhan’ includes various kinds of Daan. There are terms like Jeevan-Daan (giving life in situarions where we save one’s life) , Rakt-Daan (blood donation), Vidhya-Daan (giving education). Also Abhay-Daan (immortality), Putra-Daan etc. So shall we consider things like life, blood, education, immortality, son as commodities of lower value ? It is essential to see things in a different perspective other than in materialistic manner.

The children adopted by the childless are Dattak-Putra/Putri. During Putra-Daan, the biological father of the son gives his invaluable son from his Gotra (clan) into the new Gotra or clan of the recepient. It is basically a transfer of a person from one Gotra/Clan/Family to another. This similar explaination applies to Kanyadaan as well. Kanyadaan is Mahadaan, which means one of the biggest Daan in Hinduism which gives a lot of good Karma to the girl’s family. The Kanya/Bride will give offsprings who will perform last rites of the dead in the family. This in turn will help the Groom’s family to attain Moksha.

Comments on Kanyadaan in Smritis

Manusmriti is the smriti written by Manu Maharaj that form a set of rules and regulations of the society. Manu has made comments on Kanyadaan as well. This gives us further clarification on the Kanyadaan confusion.

The above phrases means:

“If a father greedily does Kanyadaan of his daughter by receiving a fee, then he incurs the sin of exchanging or selling the child.”

Apastamba Smriti (9.25-26) states that, “Whoever gives his daughter in exchange for a price, he lives in Raurava hell for many years”.

The above phrases means, ” I give this girl who is in the form of Lakshmi to the groom in the form of Vishnu. Why ? To provide Mokhsa to the ancestors.” This is such a beautiful description of Kanyadaan. Hence it is the favour/blessing that the bride’s father does to the groom. Therefore the importance of the bride increses manifold.

Above comments from Smritis completely demolishes all the myths, misconception and doubts regarding Kanyadaan. Kanyadaan is actually a ritual that increases the importance of a girl in the society. Hinduism has always given equal importance to both Male and Female. Hinduism is one of the few religions that belives that both Shiva and Shakti ie. the male and female counterparts are equally important to run the society. Worship of Ardhanareshwara is a living proof of how Hinduism promotes gender equality.

2 thoughts on “What is ‘Kanyadaan’ ? Is it as regressive as it is portrayed ?”