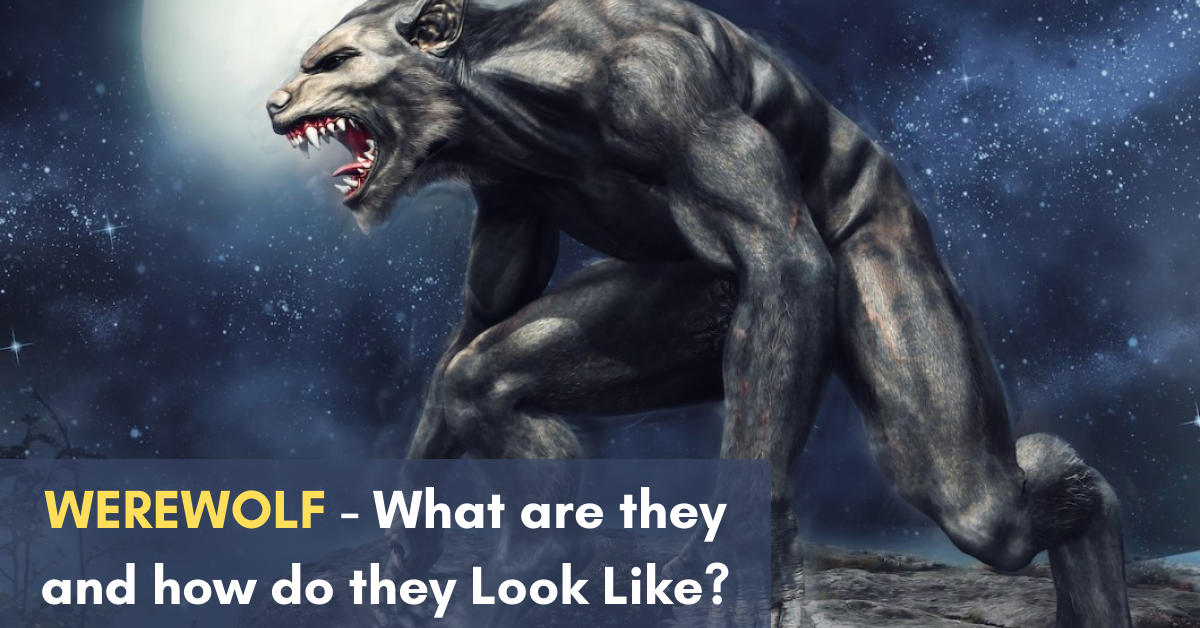 By the name itself, we all know what werewolf is and how they are. Most of us must have seen the music album of Michael Jackson Beat It, Where it is pictured that he turns into a werewolf by moonlight and creeps in all those animals, people, or anything that he finds coming by or across him. They later turn into normal humans when the sunlight hits them. There are people around the world or few who still have belief in werewolves and are believed to have found them. The term werewolf is old European folklore and is been in minds of small children even today.

But in this 21st century, Werewolves are not common and not to be found in any person, as they are not real in the world, hopefully not. In the cinemas of the 20th century, especially in horror films, these werewolves will take over only after the vampires in terms of traditions and popularity. It is believed that werewolves turn into vampires when they die.

How does WEREWOLF look in appearance?

We all know from television that a werewolf has two sharp teeth at the top, which are otherwise known as Dracula teeth

Advertisement
. They are human figures with the face and teeth of a wolf that is sharp for drinking the pure blood of animals or humans. The blood of others is their strength and their life. Their body will be full of hair and are mostly described as black bodies. Werewolves have eyebrows that meet with each other and their fingernails are curved sharply. But according to the Russians, describe werewolves as those having bristles that are present under their tongues.

Do you think these Werewolves are real?

The answer to this by most of the people when surveyed said that ‘YES’ was the main answer. According to one person when surveyed, it was said that there is a scientifically proven reason for believing that werewolves are real. But they are not the same when you see them in movies. Humans can turn to werewolves when they are being attacked by a disease named “hypertrichosis”. When being attacked, your body will grow more hair all over, and it can be with you from the time you were born or received this from anyone who has been attacked by the same you have been in contact with them, in anyways. When you have received it from birth it cannot be cured, but otherwise, treatment for this can be attained and cured.

Well to some, they say that it can’t be real as no humans can turn themselves into a werewolf just like that, unless it has been attacked by one, and in reality, no one dares to go near it or even think of meeting them wherever they are. Even if the answer is yes, they may be present in some parts of this universe, as anything happens in this world out of our reality and imagination.

Some Interesting facts about Werewolf

A person turning into a werewolf is just equal to getting rabies when bitten. We know werewolves as evil trying to kill us, but when we see in the movie Twilight, these creatures protect one from vampires. They are the good ones. Some people found that any weapon that can harm or kill ordinary wolves can harm the werewolves too. Whereas, on the other hand, another few said when they return to human form, the injuries that they have would reveal their identity as a werewolf. Some people also said only special weapons that are out of silver or those having religious power can harm a werewolf.