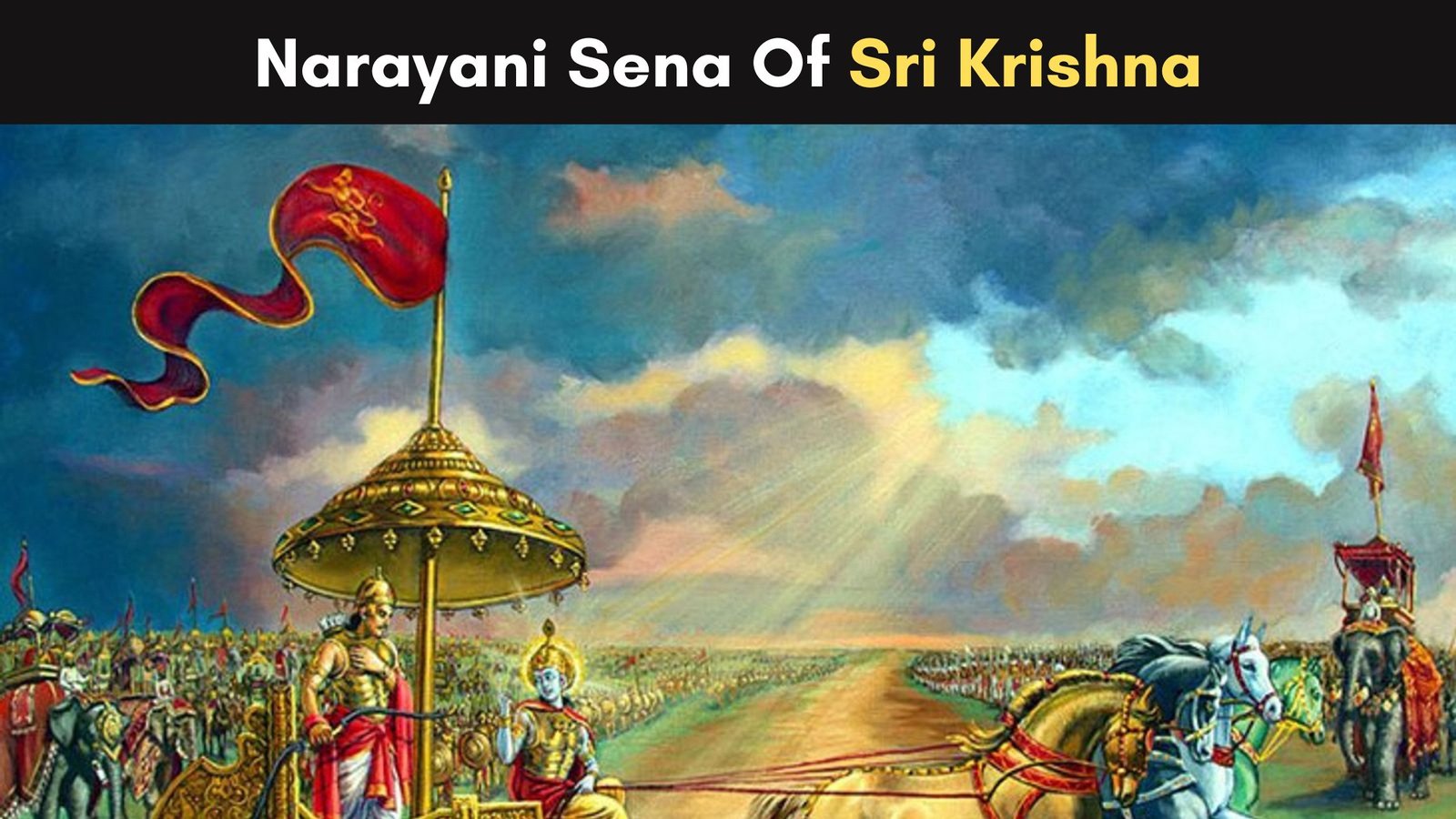 Although we are all aware of the war of Mahabharata, but there are many mysteries related to the Narayani army involved in this war, which most people do not know about

What is Narayani Sena?

In view of the power and aggression of this army, some people also called it Chaturangani Sena. It means an army that was full of wisdom. Apart from this, it was also said that every army soldier was Veer Yadav. Duryodhana had 11 Akshauhini armies, including one Narayani army of Shri Krishna, and all the armies of Kauravas, while the Pandavas had 7 Akshauhini sena.

Shri Krishna’s Narayani Sena was formed from his “18000 brothers and cousins”. There were at least one million warriors in this army. The commander of this army was made Satya Ki and the chief general Balram ji. Apart from this, there were “7 Adhirathas” and “7 Maharathis” in the army. According to Mahabharata, there were “21870 yards”, “21970 rathas”, “65610 horses’ and “109350 padaatis” i.e. “foot soldiers” in an Akshauhini army.

Why Did Balaram Not Fight The Mahabharata War?

The rest of Narayani Sena did not participate in the war as per the wish of Balarama.
Actually, Balram Ji did not want him to be a part of the war because Balram ji’s relationship was the same with both Kauravas and Pandavas. He had also tried to convince Shri Krishna that he too should not take part in this war.
But Arjuna was very dear to Govind, that’s why Shri Krishna agreed to fight the war on behalf of Arjuna. In such a situation, Balarama did not want to fight against his brother Shri Krishna from the other side. Supporting one could do injustice to the other, so he refused to fight either side. Now if Balaram ji does not fight, then the six Akshauhini army should also stay away from the war.

Who Was Satyaki In The Mahabharata War?

Satyaki was the commander of Narayani Sena but Arjuna was Satyaki’s guru from whom he learned archery. In such a situation, when Shri Krishna’s army got the order to fight from the side of Kauravas, then the Krishna did not want to fight against their guru Arjuna. He prayed this to Shri Krishna. Although the Kauravas were defeated in this fierce battle the Narayani army was alive till the end.