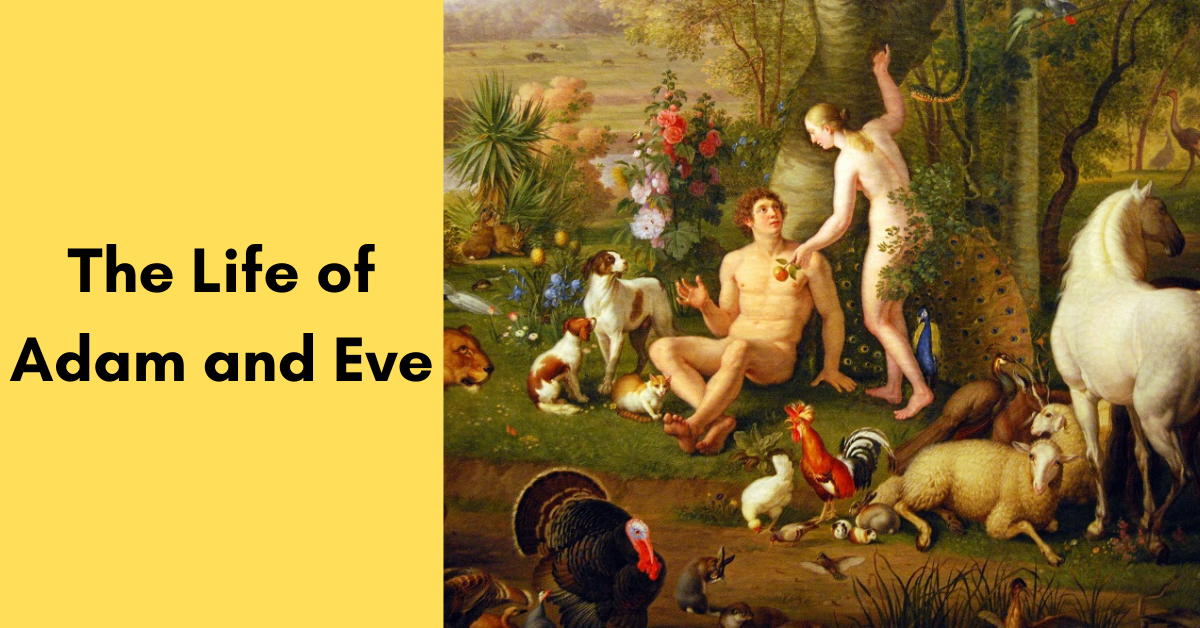 Who were Adam and Eve?

Adam and Eve were the names of the first man and woman created by God. They lived in a beautiful garden called the Garden of Eden. In the beginning, God created all the plants on the Earth and all the fruit trees and placed them around the Garden of Eden. He also created animals and birds. God told them they could eat all the trees and fruit, but they were not to eat from only one tree. Read this blog to find out more.

How was the Life of Adam and Eve?

The life of Adam and Eve was perfect, meaning that there was no death, no uncleanliness, and no labor. Adam and Eve, who were created perfect, did not need to know or learn about anything because their intellects, which were directly granted to them by God, were perfect.

God gave Adam and Eve only one rule, which did not eat of the fruit of the tree of knowledge of good and evil.

The Tree of Life was in the center of the Garden. To keep from sinning and to keep from harm, They were not to eat from it either.

They created clothes for themselves from leaves. Later, after Eve had a conversation with a snake, she ate some fruit from the tree of knowledge of good and evil. She then gave the fruit to Adam, who also ate it, and the two were cast out of Paradise to live the lives of men in a fallen world.

The Tree of Life

There was a similar tree in the Garden of Eden. It is known as the Tree of Life. This tree was a symbol of eternal life. To enter into eternal life, we must eat the fruits of this tree. The Tree of Life had many branches and its roots went down deep into the earth.

The Tree of Life and the Tree of Knowledge of Good and Evil were on opposite sides of the Garden of Eden. Adam and Eve were told to not touch them, but Satan came to Eve in the form of a serpent and convinced her to eat the forbidden fruit. Satan came to Adam next. He told him that if he ate of the fruit he would be as God. Adam ate of the fruit, and this immediately brought death upon him and all of his posterity.

Who was this serpent who would have been one of the children of Adam and Eve? This serpent was Satan. He was a good angel until he turned to the dark side and formed an army of fallen angels, or devils, who rebelled against God.

They were driven out of heaven, and their leader was Lucifer, who became the devil, Satan. After Adam and Eve sinned, God cast them out of the Garden of Eden and put at the entrance the cherubim, who turned the flaming sword to keep Adam and Eve from entering back into the garden.

Adam and Eve enjoyed fellowship with God and fellowship with each other. They had no conflicts or ill feelings toward each other. They did not worry because they had no need. God provided everything they needed. They did not have to work hard. Their life was quite simple. They had no need for education or the help of others. They enjoyed the freedom of not having to depend on others and had no conflicts with demons or temptations. The Tree of Life was in the center of the Garden. To keep from sinning and to keep from harm, Adam and Eve were not to eat from it either.