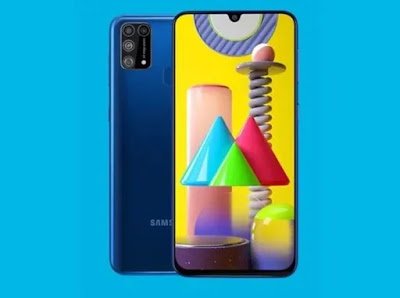 The Galaxy M31 from Samsung is quite an upgrade when compared to its predecessor. It is one of the most affordable handsets to feature Exynos 9 Octa 9611 Chipset that was first introduced by Qualcomm early in 2019. Samsung continues to impress its users by bringing super AMOLED (sAMOLED) screens on smartphones.
The Samsung Galaxy M31 will have a large 6000mAh battery which is good for battery backup with a Type-C

Advertisement
port and ships with a 15W fast charger. The size of this phone will be 6.4inch which will be full HD display. The phone is coming with a Quad (64MP+8MP+8MP+2MP) camera.
As for security, you get a  fingerprint scanner as the primary means of biometric unlock. In India, the Samsung M31 price can be 14,990 and it is expected that in India this phone will launch on 25th February 2020 and you will get this phone on Amazon.
Specification of Samsung Galaxy M31

Below are the Expected Specification of Samsung Galaxy M31

Friends These are the expected specification of Galaxy M31 which will launch on 25 February 2020. If you know anything related to this phone let us know in the comment box.