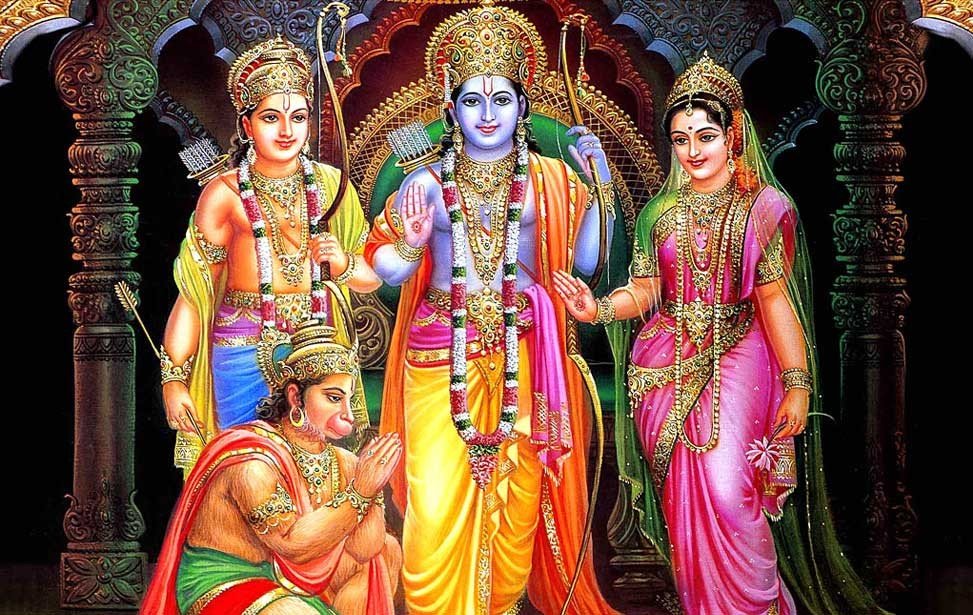 Ram Navami is one of the biggest and most auspicious Hindu festivals in India. Usually falls during April, it marks the last day of Chaitra Navaratri.  Ram Navami celebrates the birth of Lord Ram. Lord Ram was born on Ram Navami in Ayodhya on this day, according to Hindu scriptures. According to the Hindu calendar, he was born on Navami Tithi during the Shukla Paksha or Full Moon phase in the month of Chaitra.

The birth of Lord Rama on earth begins with King Dasharatha of Ayodhya performing Ashwamedha Yagna to have children. Sages welcomed the decision and proceeded to make necessary arrangements for the Yagna. The charioteer then reminds King Dasharatha of something he has heard from elders, and that Sage Rishyashringa should preside over the yajna.

He then requested that King Dasharatha talks with Sage Vasistha about the matter. The sages were delighted to have Rishyashringa preside over the Ashvamedha Yagya.
As the Ashvamedha Yagya was drawing to a close, King Dasaratha asked Rishyashringa to perform the Putrakama yajna. A divine form appeared on the yajna fire as the yajna was drawing to a close and handed a golden bowl filled with ‘payasam (sweet) to King Dasaratha.

The king distributed the sweet to his three queens and a year later they gave birth to four sons – Lord Ram, Lakshman, Bharata, and Shatrughna.

Bhagavan Sri Rama was born to King Dasaratha in his first queen Kaushalya.

And, This is How Lord Ram is born on Rama Navami!

Therefore, Lord Ram was born during the afternoon hours of the day, and so Rama Navami puja is most auspicious during that time. A special puja and yagya are performed at temples at the exact moment Shri Ram was born. During this time, Shri Ram’s name is chanted and mantras and bhajans are sung.

The Ram Navami celebrations in Ayodhya are amazing. Ayodhya, decorated with lights on this day and devotees visit the temple, but restrictions are in place this year due to the Covid-19 pandemic. People travel from far and wide to visit the temple. Before visiting the Ram temple, they usually take a holy dip in the Sarayu river.

It is tradition for devotees to observe an eight-hour or 24-hour fast on Ram Navami. Prahars last three hours each. The Ram Navami vrat can be observed in three ways,

On this day the devotees sing hymns and vedic scriptures which praise Lord Rama.

They keep a day long fast and break the fast at night by eating fruits and sweets, the people in Ayodhya also take the picture of Ram,Lakshman, Sita and Hanuman in a long procession outside. In the River Sarayu of Ayodhya, People take a dip in the water as it washes away all the sins.

The significance of the festival is that it indicates the victory of good over evil and the establishment of dharma to beat adharma. The Ram Navami festival celebration starts with Jal (water) offering in the early morning to Surya (a sun god) to get blessings from him. People also believe that descendants of Surya were ancestors of Rama.

This is a part of spring navratri, which occurs on the Gregorian month of March and April every year. It also signifies the arrival of the divine power on the earth. He was on earth to destroy the evil spirit of Ravan, hence born as the avatar of Vishnu. The main significance is the destruction of negative power, He the one who established the positivity and humanity!

People in Ayodhya were so happy with the new king Rama – Dasharath’s son that they celebrated his birthday as an occasion of Rama Navami.

DO you know that in South of India Rama Navami is celebrated as the anniversary of Lord Ram and Sita! but not as the birth of Ram, Surprising right?