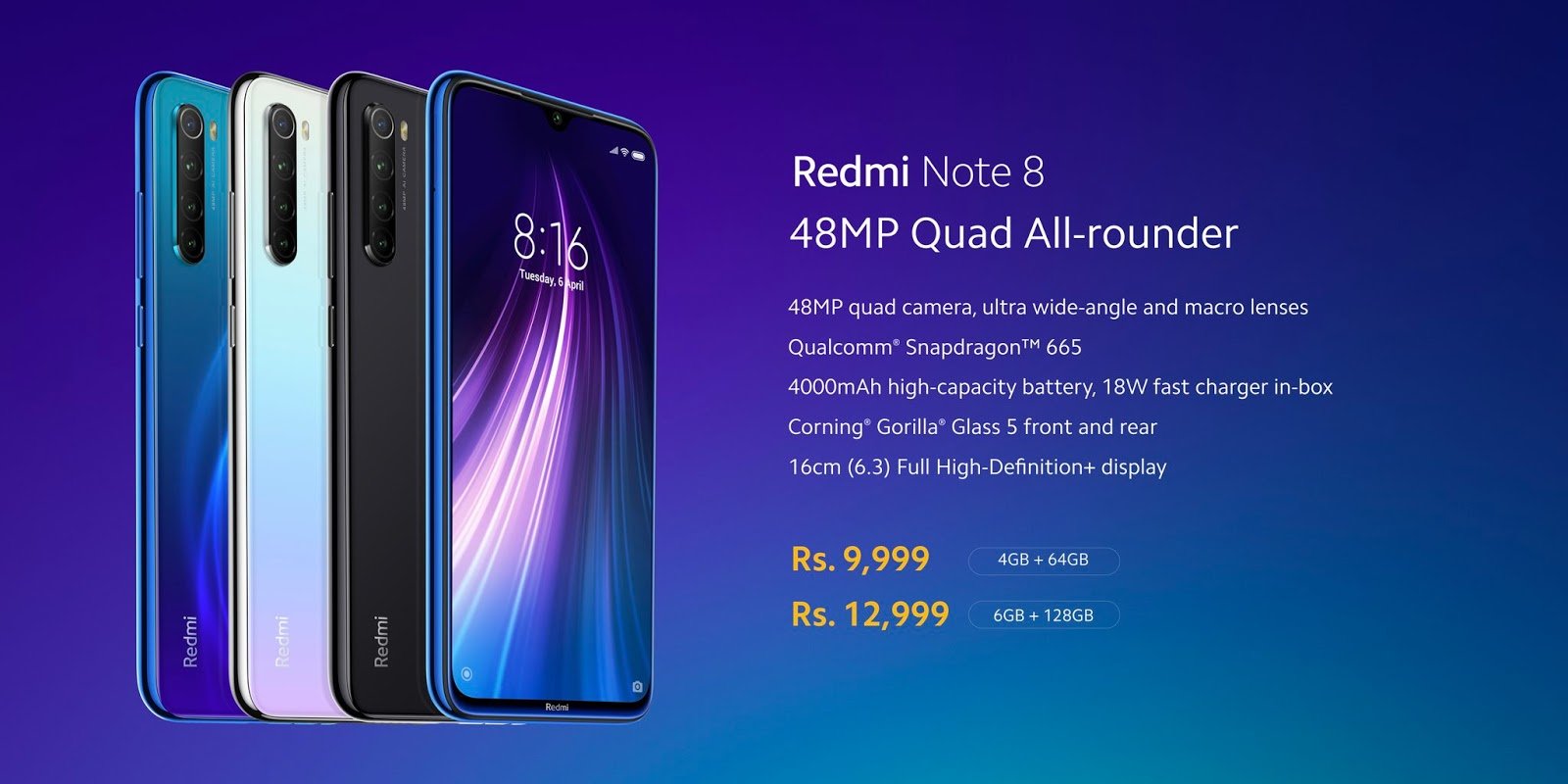 Redmi Note 8 is powered by an octa-core Qualcomm Snapdragon 665 processor. It comes with 4GB/6GB of RAM.

The Redmi Note 8 runs MIUI 10 based on Android 9 Pie and packs 64GB/128GB of inbuilt storage that can be expanded via microSD card (up to 512GB) with a dedicated slot. The Redmi Note 8 is a dual-SIM (GSM and GSM) smartphone that accepts Nano-SIM and Nano-SIM cards.

Connectivity options on the Redmi Note 8 include Wi-Fi 802.11 a/b/g/n/ac, GPS, USB Type-C, 3G, and 4G (with support for Band 40 used by some LTE networks in India) with active 4G on both SIM cards. Sensors on the phone include accelerometer, ambient light sensor, compass/ magnetometer, gyroscope, proximity sensor, and fingerprint sensor. The Redmi Note 8 supports face unlock.