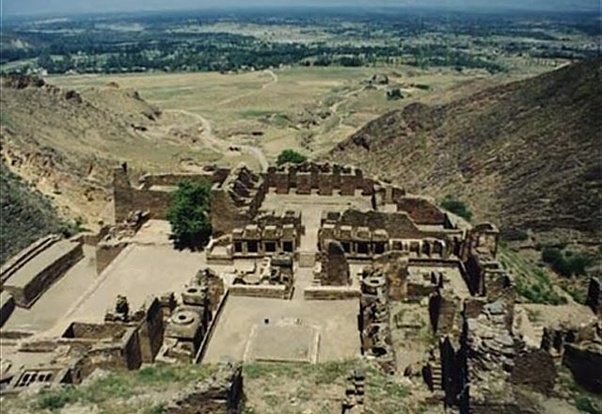 Places that say if Mahabharata Exists:

Mahabharata is one of the most famous periods in history, a war that was fought between the righteous and the unrighteous. This war established dharma for the entire Kuru kingdom and was taken inspiration to other kingdoms during that era. If you have any doubts that whatever has happened during the Mahabharata is fake? Or if you think these are just mythology? Do read the article till the end to believe that all these incidents had occurred at a point in time.

The land of one of the most powerful and known kingdoms during 400 – 500 BC. This empire is located in the state of Uttar Pradesh, Meerut District, and even till now remains are the same. Hastinapur is the place where the 100 brothers of Duryodhana grew up and Pandavas returned after their exile period. The place of Draupadi’s Cheer Haran and how she was insulted in the court. The grandsire of children, Bhishma who was known for his Oath taking promise.

Dronacharya, the disciple of Lord Parshuram, then taught the kuru children P andu and Dhritrashtra’s kids on an exile period of 14 years in Gurukul which was situated in Nainital. Guru Drona Acharya had promised Arjun that he will make him “The world’s best warrior” then Guru countered Ekalavya, who was better than Arjuna. He learned archery hiding in the forests watching the kuru children. Eklavya requested Guru Dronacharya if he can teach him. So, Guru accepted his plea and asked to cut his thumb off and give it as an offering to his guru or called Guru Dakshina.

Few miles away from the war zone, of Kurukshetra. Baanganga is the land where Bhishma lays on top of a bunch of arrows asking for water. He is near his death and then Arjun puts an arrow facing the ground the Ganga water comes from the ground and fills his thirst. Banganga is known as this water which is filled like a lake in Uttar Pradesh

Duryodhan and his uncle Shakuni had planned of burning the Pandavas and their mother Kunti in the Varnavat Palace. The whole palace was made with wax, ghee, camphor, sticks, and animal mass. The plan was that Pandav’s eat the dinner which was mixed with poison and collapse on spot. And then burn them in the palace as if they died in some accident. But they refuse to eat the food and while they see the palace burning, Bheem Digs a hole in the ground and they all escape safely.

This place is still worshipped and there is a construction of roof just above the tunnel they escaped.

Panchal is the kingdom of Drupad with one of the other strongest kingdoms. It’s said that Drupadh’s army is immortal. No matter how much you try defeating they never get defeated in history. I know you would have read about “Drupadh’s Chakraviu”. Panchali is the daughter of Drupad or Draupadi who is well known. Her biggest sacrifice of marrying the 5 Pandavas together is still known. This place is situated in Bareilly.

Indraprastha is the home of Pandavas which was made because Khandavprastha was destroying all the land, this land was only for serpents. But later This is the home given by Lord Indra and was named after him. It was made in order to protect the land, plants, and animals. After the war Hastinapur and Indraprastha became one and Yudhishthira ruled Indraprastha. Now Indraprastha lies in New Delhi.

Gandhara is now situated in Rawalpindi, Pakistan. It is one of the kingdoms which lies on the banks of the Sindhu river and is the kingdom of Gandhari. Gandhari is the one who blindfolded her eyes with a cloth for her husband even if she had eyes that could see. This is one of the biggest sacrifices known and her Brother Shakuni was also the reason for the Mahabharat war.

More than 40 lakh people participated in the Mahabharat war. Those many soldiers bled and died in the war. Even the color of the soil has also become red due to the blood which is fallen out. In an archaeological discovery, they also found out many metal weapons used in that era and the soil had a lot of traces of blood microscopically. This is one of the best proofs.

After the Mahabharat war, All the Kaurav’s were killed and Gandhari was very upset and angry about it. Krishna helps Arjun and other Pandav’s to defeat the kauravs which was a reason of Gandhari’s anger. She curses Krishna that one day his city “Dwarka Nagari will submerge inside water”. Exactly after 50 years of Mahabharat war, Dwarka was flooded inside water and is still found in Gujrat, it has been more than 9000 years since this tragic incident occurred.

3 thoughts on “Places that say if Mahabharata Exists:”