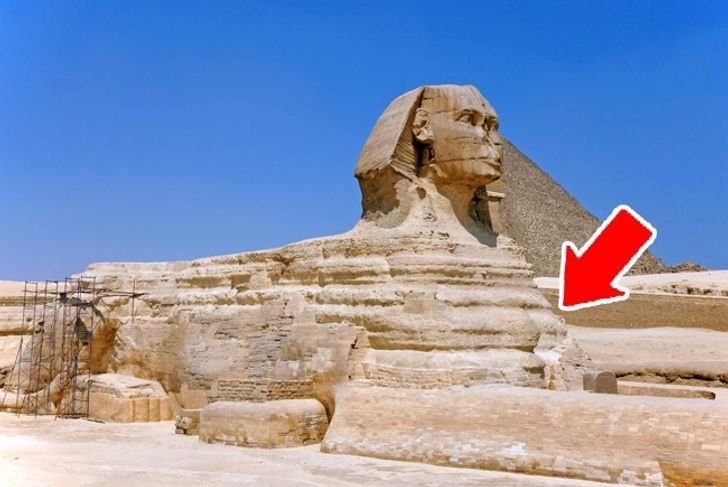 If I ask you to name the most beautiful places on the earth, you will probably say Jammu and Kashmir, Ladakh, Switzerland, and so on. But if I ask you which is the most mysterious place in the whole world? it would be The Pyramids of Egypt. Further reading this article you will disc over facts you had never thought of.

The pyramids of Egypt are known as the masterpieces of the world. Scientists are still on research as to how they built these. What was the type of concrete they used? and how did they align the bricks into a triangle?; The pyramid was made without any machines or technology back then, Egyptians were great artists and it shows well in the descriptions.

Each block of the pyramid is made out of limestone and weighs over 2,700 -70,000 KG’s and definitely cannot be placed by any ordinary man or an animal. If that is the thing, then how did such big limestones, shape into perfectly aligned triangles.

Let us think practically, A modern crane can hold up to 20,000 KG’s of weight.

If the modern world technologies and machines can only limit the weight up to 20,000 kg’s then How did the Egyptians do it 4000 Years ago, that too 70,000 Kgs! Could it be any sort of external galaxy creatures such as Aliens?

During the night skies of Egypt, when you see the Great Pyramids of Giza you will see that these mountains align with the three main stars of the Orion belt. The Orion correlation theory says the same, how the pyramids are arranged exactly at the same angle and the positions as stars are indeed shocking.

The names of the three stars are Alnitak, Alnilam, and Mintaka respectively. This can definitely not be a coincidence.

Theories told by scientists say that the Aliens were existing in these 3 stars , in order to make connection with the people of Earth they made these pyramids which are aligned with the stars. The Aliens had the capacity with their technology and powers which could build something spectacular like this Pyramid with the help of UFO’s and flights.

There are so many tunnels in the pyramids, if you think it is for ventilation then you are wrong.

There was a drone sent inside the tunnels to discover what exactly is inside. After some distance, the tunnels were closed and looked something like a lock and key.

There are three chambers totally in a Pyramid:

No matter through which path you enter you will always reach any of the chambers.

These 3 are just the discovered chambers, whereas there are so many yet to discover and it has not yet been discovered.

The chambers have tunnels that are arranged as a “refraction” model, The chambers contain the mummified King and Queen. By creating this sort of refraction, they say that the soul directly reaches the stars and heaven. This is called as Star Shaft theory.

7) How many Mummies were found till now?

Egyptians believed in an afterlife, so they preserved the bodies which are referred to as ‘mummies’. When a person dies in the Egyptian tradition, their internal organs and other parts are removed and the body is wrapped in a Linen cloth and is put in a beautifully decorated painted Coffin.

This is what we all know, but there are 0 mummies found to date. The tombs were mostly empty or it was a coffin which didn’t have anybody or remains!

Didn’t these facts shock you? Stay tuned for more such amazing content!