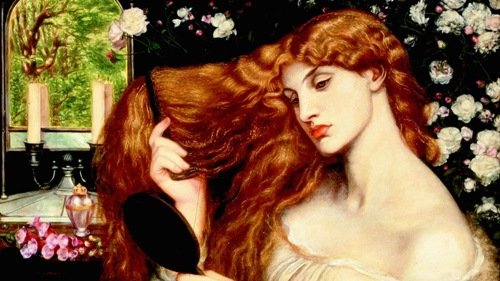 How Lilith The First Wife of Adam became Demon

As we all know, According to the Bible the first couple of human being created by God were Adam and Eve. But an Ancient Jewish myth contests that Eve was not the first woman that created by God. This myth states that before Eve there was another woman whose name was Lilith. Have you ever think then why and How Lilith The First Wife of Adam became Demon? why God demonized Lilith?

How Lilith, Adam and Eve born

As we know Eve came from one of Adam’s rib but Lilith emerged from clay along with Adam. Since she was created by God in the same way as Adam was created. She thought that she was equal to Her Husband Adam. Hence Lilith did not submit to her husband’s commands and did not accept Adams domination.

Where were Lilith and Eve live?

Lilith and Adam inhabited the “Garden of Eden”. But Lilith’s rebellion put her in a situation where she was forced to choose between submitting to her husband or leaving the “Garden of Eden.” At that time Lilith was not willing to give up her independence. Therefore she opted to leave Adam and the Garden of Eden behind.

Lilith the first woman ever created by God went into exile and settled herself near the Red Sea. God sent Angels in an attempt to convince Lilith to return to the “Garden of Eden” but she turned her back on God.

Adam started to feel lonely without his wife Lilith. God After seeing that Adam was struggling with loneliness decided to create a new woman for him and then he created Eve.

Lilith was demonized by God due to her decision to reject the Creator of Universe. she was now considered a woman shaped demon. In her demonic shape Lilith have the power to instigate disease in newborn children. To protect children from evil the babies were given amulets with the names of the angels who tried to take Lilith back to Eden.

Some stories affirmed that Lilith was jealous of the happy life Adam and Eve led in Paradise. Hence, As an act of revenge she assumed shape of a serpent and tricked Eve forcing her and Adam to taste the forbidden fruit which caused the couple to be expelled from the Paradise.

Myth of Lilith in other Civilization

Lilith story is quite well known yet this version is not present in the Christian Bible. It is rejected by both Catholics and Protestants. The version in which she would have been
Adams first wife is found SIRACH Alphabet text.
The date of the writings is unknown but it is believed that they were created already in the
Medieval Era. The myth of Lilith is found in Hebrew, Babylonian, Sumerian and, Assyrian Mythology.
The figure of Lilith in Mesopotamia was seen as an evil deity. And when associated with the moon she was regarded as a goddess with different phases and therefore different
moods. That way she could be seen as a “Fertility Goddess” but also as a devilish
figure.

Why Lilith absent from Bible?

There are theories that state that Lilith absence from the Bible was created during the counsels that defined the canonical books that would constitute the Bible as we know it today.

The figure of Lilith as an independent and strong woman will go against the patriarchal structure one of the cornerstones of the Judeo-Christian culture. For this reason Lilith was
embraced by the feminist movement. She is often regarded as the first feminist.
The movement claims that Lilith was unfairly demonized like most women in our history
who have attempted to defy the patriarchy.

Whether as a demonic figure or as a symbol of woman’s struggle. Lilith story is still the subject of much interest. What do you think about Lilith Let us know in the comment box.