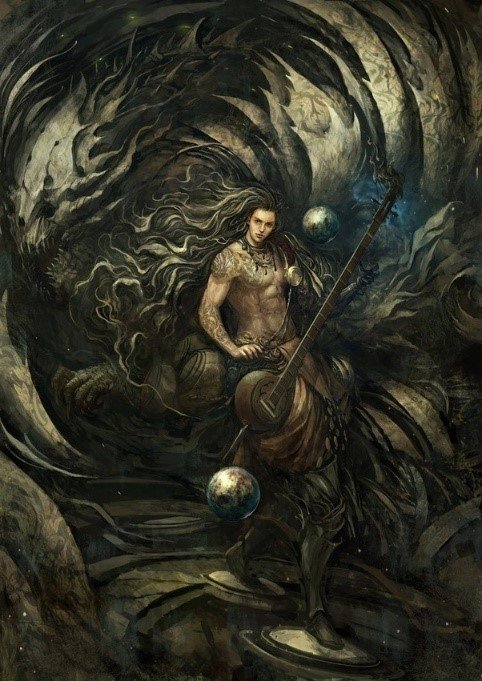 Gandharva, Gandharva Kanya and Apsaras… have you ever heard of any among them?

How about Gandharva Sadhana, Gandharva Veda, Gandarva Tantra, Gandharva Vivah. If not.. then do explore them after reading this article.

So, Who are The Gandharvas?

Gandharva, a class of celestial beings, among Males are divine singers, and females are divine dancers. They are also messengers between Gods and Humans.

Gandharva generally dwells in the Sky and their city is often referred to as being Marvellous. Being very good singers and dancers, it is said that they attend and perform in the banquets of the Gods. They inhabit the heaven of the God Indra, the lord of the heavens. Also, the SomaRasa (juice) provided to Gods is prepared and offered by Gandharvas. The Gandharva’s are good warriors as well!

As per Vishnu Purana, the Gandharva is the son of Lord Brahma and was born by the worship of Goddess VagDevi (goddess of speech) hence was named Gandharva. It is also said in Puranas that Gandharva was born from Sage Kashyap and his wife Arista.

It is said in Ancient times, that a community called the Gandharv lived in the Northern side of Himalayas. They are considered to be very good Dancers and singers. Also, in the Mahabharata, Gandharva kingdoms are said to be existing in the Saraswathi basin when Balarama had visited along the Saraswathi river.

According to Puranas and Atharva Veda, a community of Gandarva are considered equivalent to deity.

Apsaras are celestial nymphs, The exceedingly beautiful, supernatural female, being celestial singers and dancers who, together with the Gandharvas, the celestial musicians, It is said the 26 Apsaras at Indra’s court represent a distinct aspect of the performing arts

Bhagavata Purana states that the Apsaras were born from Sage Kashyap and his wife Muni.

Besides entertaining Indra in his court, these celestials are often sent by Indra himself to disrupt the penance of sages, Kings and Princes. Indra is always portrayed as being in the fear of losing his throne to sages with their great Penance. Hence, he often sent them to distract them on their spiritual journey.

Gandharva in the epic Ramayana

It is said that Gandarva Vishvavasu or Danu performed penance and got the boon of immortality from Lord Brahma. He was Cursed by Indra (the king of heaven) and made into an ugly Kabandha Rakshasa (demon).

Lord Rama Killed Kabandha and freed him from the curse and Kabandha resumes his Gandharva form back. Vishvavasu being immortal is mentioned in Epic Mahabharata also..as shown above.

Gandharva in the epic Mahabharata:

Gandharvas are mentioned extensively in the epic Mahabharata as associated with the Devas and Yakshas. The following are some of the Gandharvas who appeared in Mahabharata:

1. Visvavasu, the Gandharva king is said to have mastered the art of illusions, the science called Chakshushi (the art of seeing all).

Vishvavasu in turn communicates this science to his friend Angaraparana (a Gandharva friend of Arjuna), who taught it to Arjuna. Visvavasu is also, into music and is very knowledgeable in the scriptures.

2. Gandharva Chitrangada, had a battle with the Kuru King Chitrangada, the son of Santanu and wife Satyavati for their clashing/same name. They fought a fierce battle and Gandarva defeated and killed the Kuru King.

Also, Kauravas had a fight with Chitrasena who prevented the Kauravas from putting up a camp near the pond which he himself had encamped.

4. Gandharv Drumila is the father of Kansa.

Similarly, Gandharvas Presence in Mahabharata in many events, during the birth festival of Arjuna, During Draupadi swayamwara. Being a close friend of Arjuna, Gandharvas were invited by King Yudhishthira to Indraprastha (the capital of Pandava kingdom).

Popular Gandharva Daughters (Princess) mentioned in the Ramayana and Mahabharata and other Historical stories are:

[Mali, Sumali, and Malyavan were the Rakshasas of Lanka who were defeated by Lord Vishnu when they attacked the Amaravati the capital of Devas]

5. Pramadvara: She was the daughter of Gandharva Vishwavasu & Apsara Menaka. Later they abandoned the child. She was found by sage Shulakesha & later she was married to the Ruru, grandson of Sage Chayvana.

6. So, Tara and Ruma (queens of Vanara Vali and Sugriva) Few versions of Ramayana say they both are daughters of Gandarva Sushena. (Debatable, as some versions address Sushena as a Vanara chief of Kishkinda.)