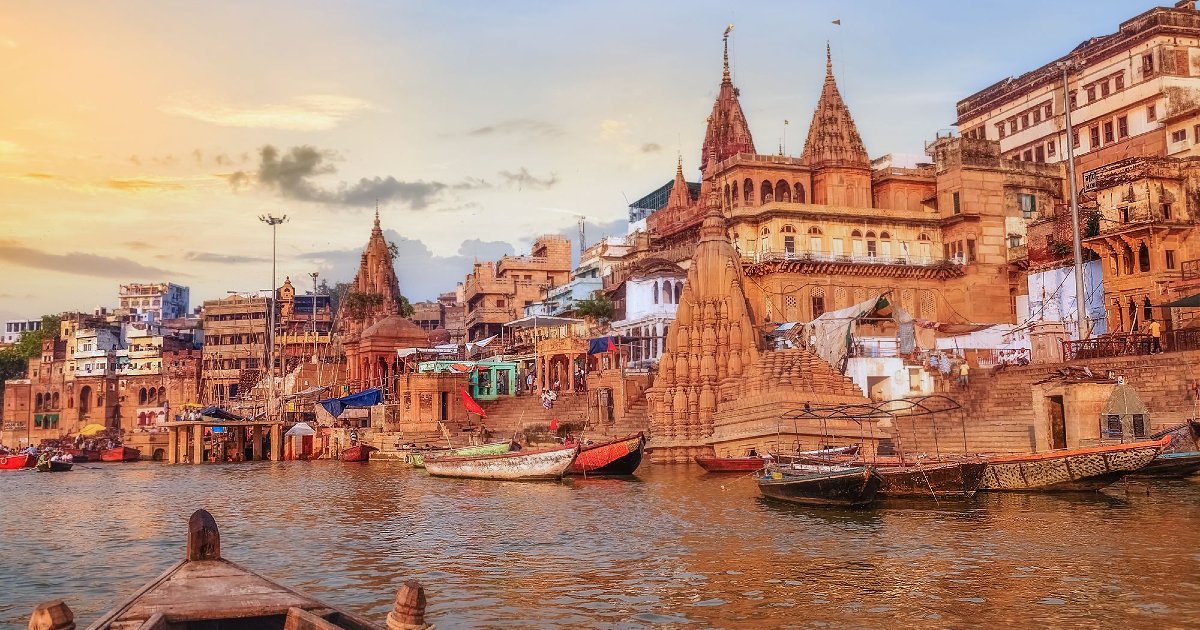 Do you know about Kashi ? Some also know it as Banaras and Varanasi. The city is one of the oldest cities and civilizations of the world. Kashi is located in present day Uttar Pradesh state of India. Every year Kashi attracts lakhs of visitors from across the Globe. It is a world famous tourist destination as well as a Spiritual Centre.

Kashi also houses one of the 12 Jyotirlingas (prominent shrines of Shiva) of Lord Shiva. Shiva dwells in Kashi as Vishweshwar or Vishwanath. Kashi also has most important Temples, Shrines and Mathas of different Sampradays of Hinduism. It is a place of highest significance for Hindus.

Kashi is popularly called ‘Shiv Ki Nagari’ . This city is very much close to Lord Shiva. In this article we shall know the story of origin of Kashi and its link with Lord Shiva.

Why is Kashi ‘Shiv Ki Nagari’ ?

Kashi is ‘Shiv Ki Nagari’ because Shiva owns the city. He is the creator of the city. The residents of the city consider Shiva more as a family member than a God. Kashi is situated on the banks of River Ganga. Ganga flows from the Shiva’s jata

Advertisement
(locked hair on Shiva’s head) . Kashi is also ‘Moksh Ka Dwar’ which means Gateway to Ultimate Salvation. Whoever dies in Kashi attains Moksha. Shiva himself breathes the sacred Taraka Mantra into his/her ears. Taking a holy dip in the River Ganga at Kashi washes away the sins of the devotees.

The Nirakar (formless) almighty God took a Sagun(with form) form. Later the Sagun form of Shiva divided itself into a male and female counterparts. The male counterpart is Shiva while the female is Shakti.

Shiva and Shakti togather created their subsequent forms Purush (man) and Prakruti (Nature). The Purush was none other than Bhagwan Shri Hari Vishnu and Prakruti his wife. Then Shiva himself in his Nirakar form through an Akashwani advised the Purush and Prakruti to perform a tapasya or penance. Then they would be able to create and spread the best creations.

On not being able to find a place for penance, they decided to ask Shiva for help. Shiva again in his Nirakar form created a place spread over 5 koss (approximately 10 Miles). Hence it is called Panchakroshi. The beautiful city just floated in the universe. Shri Hari Vishnu performed penance for several years with an objective to create all living and non living elements. Due to the years of hard penence, sweat and tears started flowing from body of Vishnu. The entire universe got filled with this liquid. Astonished by this incident , Vishnu shook his head and a pearl ear-ring fell off from his ear. Therefore this place is also called Manikarnika.

When Panchakroshi was drowning in the liquid, Shiva lifted it and placed it on his Trishul. Henceforth there is a common saying that Shiva holds Kashi on his Trishul. Vishnu and his wife later lived on a Shesha-Shayan floating on this liquid. A lotus bloomed from Vishnu’s navel and Lord Brahma was born from this Lotus. Brahma later created the world, the planets, the living beings, the sun and the entire solar system.

Later Shiva began thinking about how the people trapped in the cycle of Karma will attain Moksha and come back to him. Therefore he placed the Panchakroshi on the earth. There he manifested himself as Vishweshwara or Vishwanath Jyotirling. This Panchakroshi is present day Kashi/ Varanasi/ Banaras.

When one day of Brahma’s life ends or a yuga ends, there occurs a pralay or apocalypse. However Kashi remains totally uneffected by the massive destruction. During the pralay Shiva again lifts Kashi and places it on his trishul. After the pralay Shiva places Kashi back on earth. Kashi has divine protection of Lord Shiva. Shiva has also placed Kaalbhairav (one of his ganas or attendants) in Kashi. He keeps a watch over the city and protects it. He is the ‘Kotwal of Kashi’