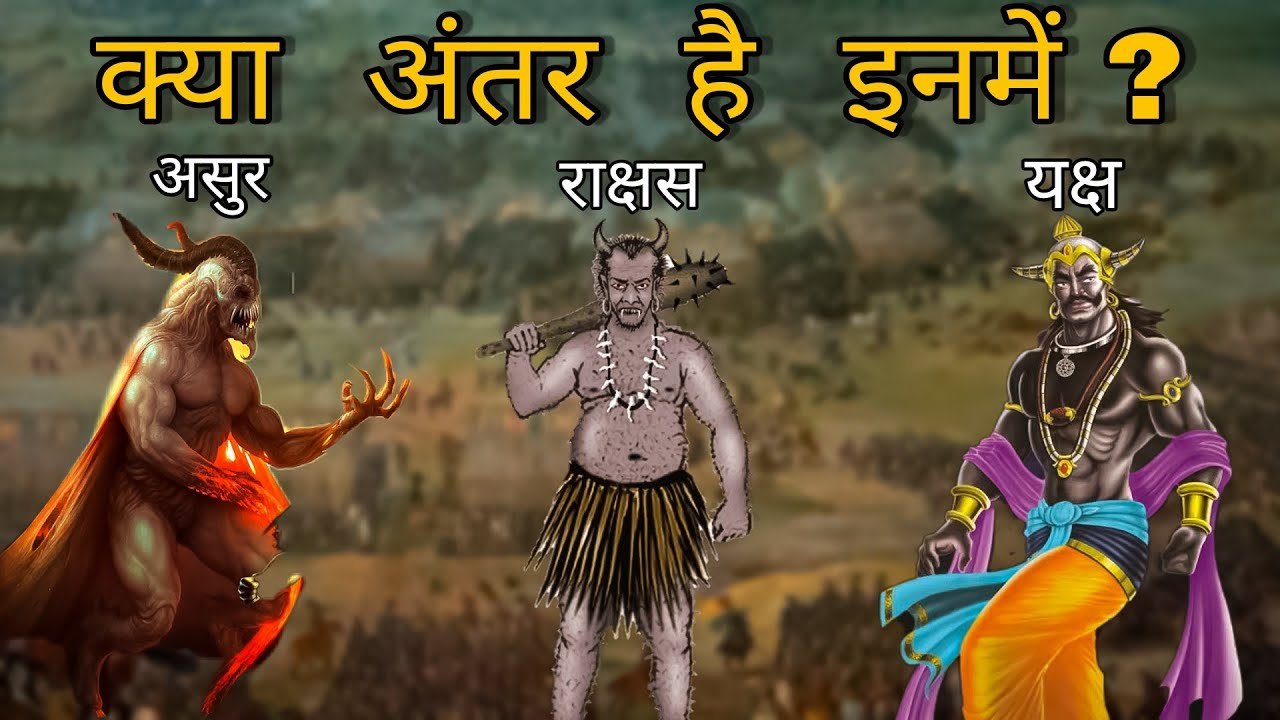 There is a common misconception among people. People assume that Asuras, Rakshasas, Yakshas, Danavas and Daityas are all same and evil. However, this assumption is completely wrong. Each one of the above mentioned beings are completely different from each other. They have various classifications and sub classifications.

Vedas and Puranas describe the emergence and nature of these beings differently. In this article we shall know who they are.

Asuras are celestial beings just like Suras or what we call Devas. Devas and Asuras are step brothers or half brothers. They are sons of Rishi Kashyap. Devas were born from Rishi Kashyap and Aditi.

Advertisement
and Asuras live in Pataal Lok. Danavas and Daityas are described below:-

Danavas are a race or clan possessing supernatural and mystic powers. Danavas are the offsprings or descendents of Danu and Rishi Kashyap. Danu is the daughter of Prajapati Daksha. They are called Danavas for being born from ‘Danu’ . Initially they were good, according to the Vedas, Vishnu Purana and Shiva Purana. They degraded later to become evil. Vritra or Vritrasura, Ekaksha, Kalakeyas are some famous Danavas.

Daityas are a race or clan similar to Danavas.They too possess supernatural and mystic powers like their half brothers Danavas. Daityas are the offsprings or descendents of Diti and Rishi Kashyap. Diti was also a daughter of Daksha just like Danu. They are called Daityas for being born from ‘Diti’. There are many famous Daityas we know like Hiranyakashyapu, Hiranyaksha, Mahishasura, Shumbha-Nishumbha, etc. There were some good Daityas too like Prahalada, Mahabali.

The Yakshas are a class of spirit beings or semi divine beings as described in Hindu, Buddhist and Jain literature who are often inhabitants of the subterranean earth and protectors of treasures. Meanwhile their female counterparts Yakshinis are women of great charm and beauty.

According to Hindu literature Yakshas are step brothers of Rakshas who live further down below the earth in the subterranean planes. We find references to the Yakshas and Yakshinis in the epics, the Puranas and in the works of Kalidasa that describe two types of Yakshas, benevolent and malevolent. Yakshas were born from Rishi Vishrava and his second wife. Eldest of the Yaksha was Kuber. People worship him as treasurer of wealth.

Tantriks very often invoke and please Yakshas/Yakshinis through various Tantra Sadhanas. Yakshas and Yakshinis can bless one with boons of massive wealth and supernatural powers when pleased with certain offerings.

Rakshasas are step brothers of Yakshas. They were born from Rishi Vishrava and his first wife. Ravan was the eldest of them. They too posses some supernatural powers which they can expand by penance and usually create chaos amongst Humans. Most of the time, they are against Humans and not Devas. They can’t even harm Devas, who are more superior. They roam or rule on earth only while Daityas and Danavas reside in Pataal Lok

They’re of negative nature like other Human classes like Bhootgana, Pishacha and Pret.The golden kingdom of Lanka was made by Yakshas. Rakashas envied them. Therefore fought the Yakshas and took over Lanka and its wealth.

Rakshasas need not be necessarily evil. There are instances in the epics where Rakshasas have helped humans are co-existed peacefully. In Mahabharat Bheem got married to Hidimba who was a Rakshasi. They also had a Rakshas son Ghatotkach who helped the Pandavs in the war.

In many villages across India, people worship few Rakshas as local dieties or protector spirits. Therefore people give them alcohol, meat, cattle etc as offerings. For example, in the Konkan region people worship these spirits in shrines as Devchar, Vetal etc along with the main Diety of the Gods in the temples.

2 thoughts on “Are Asuras, Rakshasas, Yakshas, Danavas and Daityas all the same or different?”