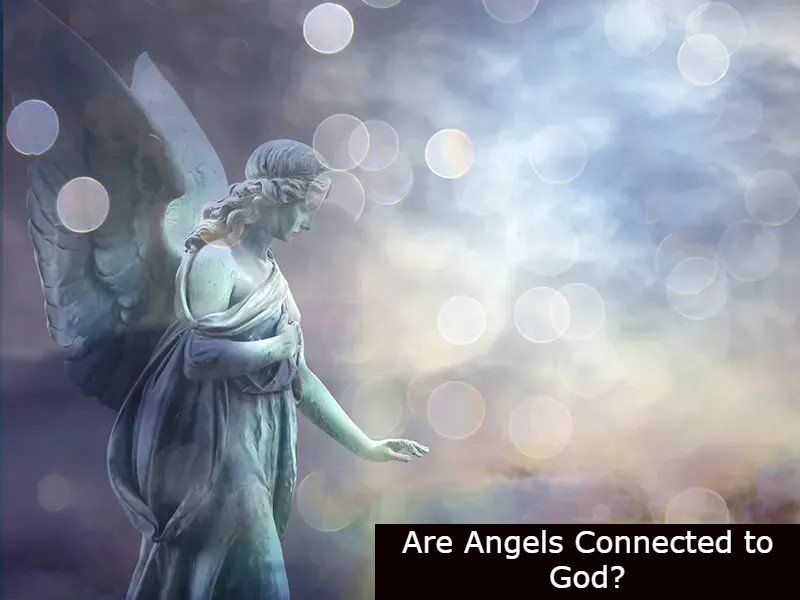 As per Christianity, we know that Angels are the servants of God, where God sends us in the form of humans to protect us from situations that we never expect and think that this person has come from nowhere to have helped us and say it is a miracle. They are a form of spiritual being in the form of God. They do what God demands them to do. Their path is His path and has no other intentions to make His people move in the wrong direction. It is not only we but even children who consider Angels as those dressed in white and having long and huge wings, that come flying towards us to protect us, either in the form of humans or as God. In this article, you will get to know deep how angels have connections with God.

We know that it is the Almighty God that first came to Earth and made all living and nonliving things on earth, and made life. During that time Angels were not made or present. In the Bible, as per the Old Testament, It is said that He is the God alone and has made heavens with all their hosts and the hosts of heavens will be worshiped. But when the New Testament came, His follower Paul said it is the God that created everything that is living and nonliving that can be visible and not visible in this Universe. Angels are made to be a part of life in this Universe.
As per the Bible, Angels are like spirits that cannot be seen by anyone unless God gives the authority to that person to see. Spirits don’t have bodies as God does, but they can come in the form of humans to save a person from danger, which can be called a miracle in people’s life. In this way, angels have good connections with God.

How Angels act as a messenger from God to people?

Some people think that angels do exist today and will come to guard them when praying to God. He will save us in the form of Angels and may come to their dreams. But when we read the Bible, we can find many instances that God tells us He has sent Angels to send a certain message to His people about certain dangers that might happen to them or in the form of warning to protect them. At some point, it is a message of giving encouragement and offering hope to people that can be yet to come.

When we look at the chapter of Genesis 16, we can see that God has sent His messenger to the servant of Sarah. There the message to her was given to give her hope by seeing the situation that she was in, feeling hurt and deserted, and this message that was sent from God will never be forgotten in her life.

In another chapter in the Bible of Genesis, God sent His messenger to Abraham and Sarah, by telling them that Sarah would be able to bear a son when she becomes old. This message was sent through their dreams, and when the time came, she bore a son, which was true.
We should never neglect the words that God has sent in the form of Angels that He has sent. We just have to wait for that message to be true or for it to be granted.

What we can expect from Angel

In Christianity, we were taught from our childhood that we will be protected by God. God hears our prayers and sends his Angels to protect us in the form of humans or any other factor. The only thing is that we have to believe in him and have a lot of patience as God tests us a lot in life. Indeed, we do not have any rights on Angels and it is not said in the Bible anywhere that we can command over Angels or ask them for help directly as we don’t pray for Angels as we pray to God. Only God alone has the right to instruct them and command them.

It is said in the chapter of Psalm that He would send his Angels to guard His people in all ways. In the Bible chapter of Exodus, God said to Israelites that He is sending His angels beyond them to guard them along the way, and to bring them to the place where they have been set.
God has always wanted His little children to be taken special care of and not to be left despised. He has instructed His angels in heaven that they have to be on guard with the little children as they are the ones who always see the face of the Lord, the Almighty.

Angels have come to praise the Lord and to worship Him. Angels are the holy spirit, the messenger of God. They offer praise to God and are the ones who fully worship God and no other. God alone is worthy of their worship and Angels are just the reminder of His truth. They have deep trust in God, wherever He is. According to the Bible chapter of Revelation angels never stop singing praise to God, all day and night, being the great king of heaven. They only do things that interest God and what makes Him happy.

By now you must have understood how deep is the connection angels have with God. They are the servants who work for God and move in looking to help His people, to help them in big trouble, and to remind them of the evil things that are going to happen for them.