Who knows everything about you?

If I would ask you, who are the person who knows everything about you and I mean absolutely everything? Not only where are you now and what you are you doing, but where were you a years ago precisely at this time and what you were doing?
The answer is probably no one because even you don’t remember what you were doing, for example, on the 16th of June of 2017 at around 5 pm, where were you, what were you doing? Unfortunately, someone knows. Google!

Google knows everything about you?

If you go to the Google Maps timeline, you will find that where were you on the 16th of June 2017 and what were you doing.
In fact, Google will tell you which pictures you took on that day and where exactly. How did you move from one place to another, were you walking, took a bus or you were driving. But that’s not the only thing that Google knows.
If you go to my activity. Google will tell you everything you did on any particular day, which website you visited, which videos you have watched. It even records your voice to recognize it better, it knows what news are you interested in, which apps do you use, and much more.
Google doesn’t really hide that, but it also isn’t putting that forward for us to see it. So I wouldn’t be surprised if you aren’t aware of that.
Most of us know that Google knows what we buy online but the company took the extra mile to follow your offline purchase if you use Google Pay.
The company can track your offline purchases and compare them to their online ads and figure out if their add has affected your decision to buy a particular product, or which adds to present to you based on your offline purchases.

Either you are searching for any information on Google Chrome or searching for any video on YouTube or using another app, Google is tracking you all the time to help you to customize your experience.
Web and App activity is turned on because they are tied to your Google Account.
You can view all your activity by using My Activity tool.

Stop Google from tracking your activity.

If you want Google to stop tracking your data then you can turn off by going to Activity Control, and even in Activity Control you can also delete your previous activity but by pausing your data tracking setting then they will not serve you better personalization across because Google is tracking you to help you to customize your data.
For more information about your activity data, check out Google Support.

What if you don’t use Google apps?

If you don’t use Google Apps like, Google Chrome, YouTube or Gmail, you are still under Googles Radar because you might be using an Android. And to improve user’s experience, Google needs to analyze your behavior. So even when you are using third-party apps, you are still being followed.
You might not be worried, because Google just tracks your actions. It doesn’t know, for example, what’s on your mind or what exactly are you thinking about. Unfortunately, It’s working hard to get there and its almost there.
You probably have realized that voice assistants are getting better and better (if you are an iPhone user, you don’t know what I am talking about, so just trust me on this one) and in a few years or so, we will probably rely on them more heavily.
Why would you pick up your phone and type when you can find that out by simply asking Google while your phone is in your pocket. If voice assistants would become so good, why would you need a smartphone in the first place? Wouldn’t it be smarter to have a screen in front of you all the time such as smart-glasses? Especially with the rise of virtual and augmented reality.
It will be much more comfortable to turn your thoughts and imaginations into reality through smart-glasses. Of course, Google has already tried that out, and it didn’t go well.
However, technology today is far more superior than it was a few years ago. I mean. Google AI now can already make a call on behalf of you and act as a real secretary. 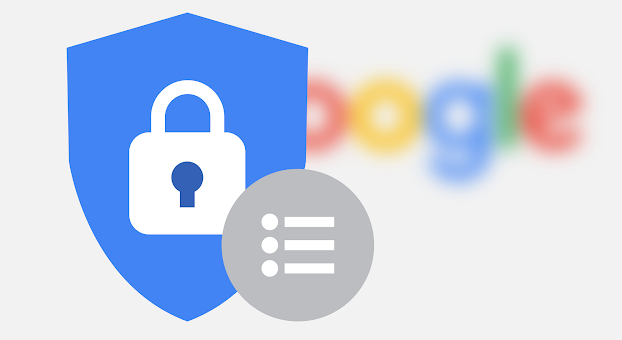 What happens in the Future?

In the next couple of years, these technologies will only get better and better which means, there will be a stronger reason to come up with something like a smart-glasses, especially when smartphones are reaching their peak.
And that’s how Google will get into your mind. If now they can track what you search and watch online. Soon, they will have access to your thoughts and imagination.
Waymo is a self-driving technology that Google has been developing for years already and once the world starts shifting to self-driving cars, the traditional auto manufacturers will need advanced self-driving software and voice assistants. And Google is the perfect company to provide them with that exactly as it licenses Android to all smartphone manufacturers.
There are multiple other technologies that Google has already developed or still working on, to collect more data about you to predict your actions more accurately. That’s probably why Elon Musk is so worried about Google.

Why Google is doing that?

In order to understand why Google is behaving in such a way, we have to look at the situation from Google’s perspective.
Google is a business whose purpose is to make money like any other business. So, when the internet was invented, tech companies emerged, and for them to survive, they had to come up with a way to make money, but we as consumers, weren’t willing to pay for their services, so they had to come up with another business model.
They would let us their services for free in exchange for our data that they would later use to create targeted ads.
In other words, you are not the customer even if you feel like you are, you are the product that Google is selling to advertisers.
Just ask yourself, are you ready to pay to use Google, Gmail, YouTube, Google assistant, Google Maps and everything else that Google provides for free. If the answer is No, then we can’t really blame Google for anything.

This blog isn’t meant to scare you but rather help you to understand how tech companies work, what are they trying to do and where are we headed to. Whether you think that’s good or bad, I will leave that for you to decide, you can let me know in the comment section below.