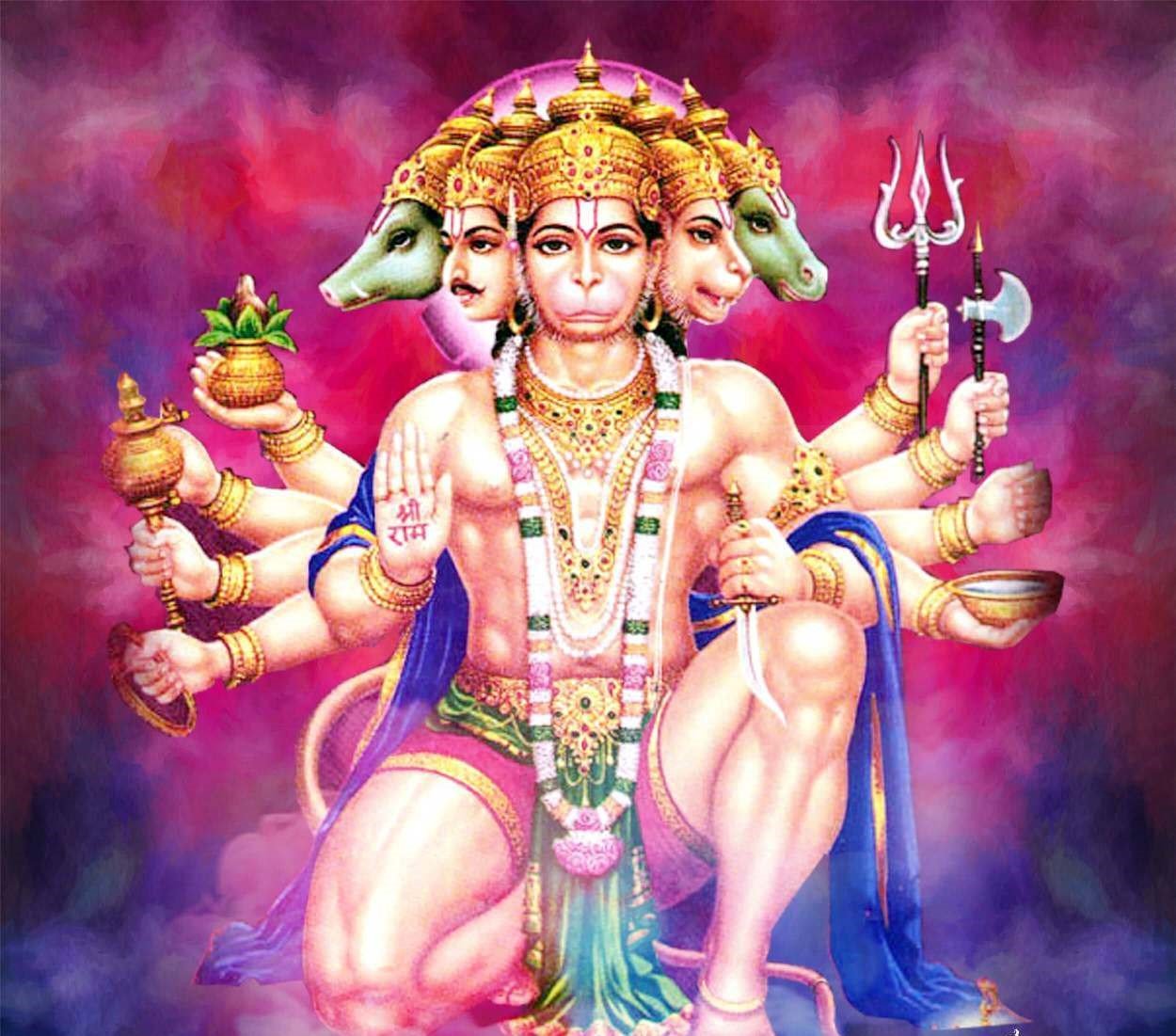 The Story Of Panchamukhi Hanuman

Have you heard about Hanuman having five faces? Panchamukhi literally means five-faced in Sanskrit. There are many reasons why Gods take avatars, one among them is to finish evil. During this article, you’ll understand the story of Panchamukhi Hanuman, So do read till the end!

Did you recognize that every face has different names? And there’s a story behind hanuman getting every different face depicted here. The story of this could be traced within the Adbhuta Ramayana, but isn’t found within the Valmiki Ramayana!

I’m sure many don’t understand who Ahiravan is, but because the name suggests… Ahiravan is that the brother of the demon Ravan. During the war of Ramayan, Lord Laxshman killed the son of Lanka Naresh (Indrajit). So Ravan hunts for revenge and seeks help from His brother Ahiravan. He’s the King of Paathal Loka or the underworld. And incorporates a boon of being powerful.

Ravan seeking help from his brother Ahiravan to capture Ram and Lakshman – is heard by Vibhishana, the younger brother of Ravana, (Vibhishana here joins Rama’s army). So, Vibhishana tells Hanuman to remain alert and not allow anyone to enter the place where Lakshman and Ram were staying within the palace. Ahiravan then involves the premises, tries hard to abduct them but fails to try and do repeatedly, later Ahiravan disguises himself as Vibhishana- Hanuman being the guard fails to shield Ram and Lakshman. Ahiravan gets into his original form and abducts Ram and Lakshman to Paathal Lok making them unconscious with a spell!

When Hanuman gets to grasp that Ahiravan has captured Ram and Lakshman, He informs Vibhishan. Hanuman then goes quickly in search of them, otherwise, they both would get sacrificed to death. Hanuman now goes to the Paathal Lok or the Underworld for a mission to go looking at both of them…

When Hanuman reaches the doors of Paathal Lok, he finds a mystical figure- Half Upper body of Vamana and therefore the lower 1/2 the body sort of a reptile! As Hanuman gets to grasp more, He introduces Himself as Makhardhwaja, who is that the Son of Lord Hanuman. But Hanuman shockingly says ” I’ve forever remained a Bramhachari, I’ve not even married! How am I able to have kids? ” to the present Makhardhwaja replies, once you Lord, took a dip within the ocean after burning down the entire Lanka, with the inflamed tail, A drop of your sweat fell into A crocodiles Mouth, My mother then gave birth to me and now I’m the Gatekeeper of Paathal Lok under Ahiravana.

Makhardhwaja and Hanuman fight an extended battle, probably a father-son battle, where Makhardhwaja finally gets defeated by Lord Hanuman, and Hanuman enters Paathal Loka. And! Ahiravan, with a robust army, makes it difficult for Lord Hanuman. But, Ahiravan’s wife Chandrasena explains the secrets to kill Ahiravan, that his life force is in five different candles which are kept in five different directions. The sole thanks to killing Ahiravan is to come off of these five candles at the identical time.

Anjaneya Putra appears As The “five-face” form and extinguishes the five candles and killed Ahiravana. He then rescued Lord Rama and Laxmana who were in an unconscious state by spoken communication.

So, What are the Faces of Lord Hanuman?

Sri Hanuman – This east-facing, signifies one to induce eliminate the sins and attain peace and purity of the mind.

Narasimha – This south-facing avatar removes the fear of enemies and celebrates the good! (Narasimha is that the Lion-Man avatar of Lord Vishnu, who took the shape to safeguard his devotee Prahlad from his evil father, Hiranyakashipu.)

Garuda- This west-facing face signifies that it’ll chase away from the bad or evil spirits, negative influences, and poisonous effects within the body. (Garuda is that the vehicle of Lord Vishnu) .

Varaha- the importance of this face is that this face wards off the troubles caused by bad influences of the planets and confers all eight kinds of prosperity (Ashta Aishwarya). Varaha is another Lord Vishnu avatar, he took this manner and dug up land.

Hayagreeva- the face of a Horse, or Haya, the importance of this face is that this face confers knowledge, victory, good wife, and progeny.

3 thoughts on “The Story Of Panchamukhi Hanuman”