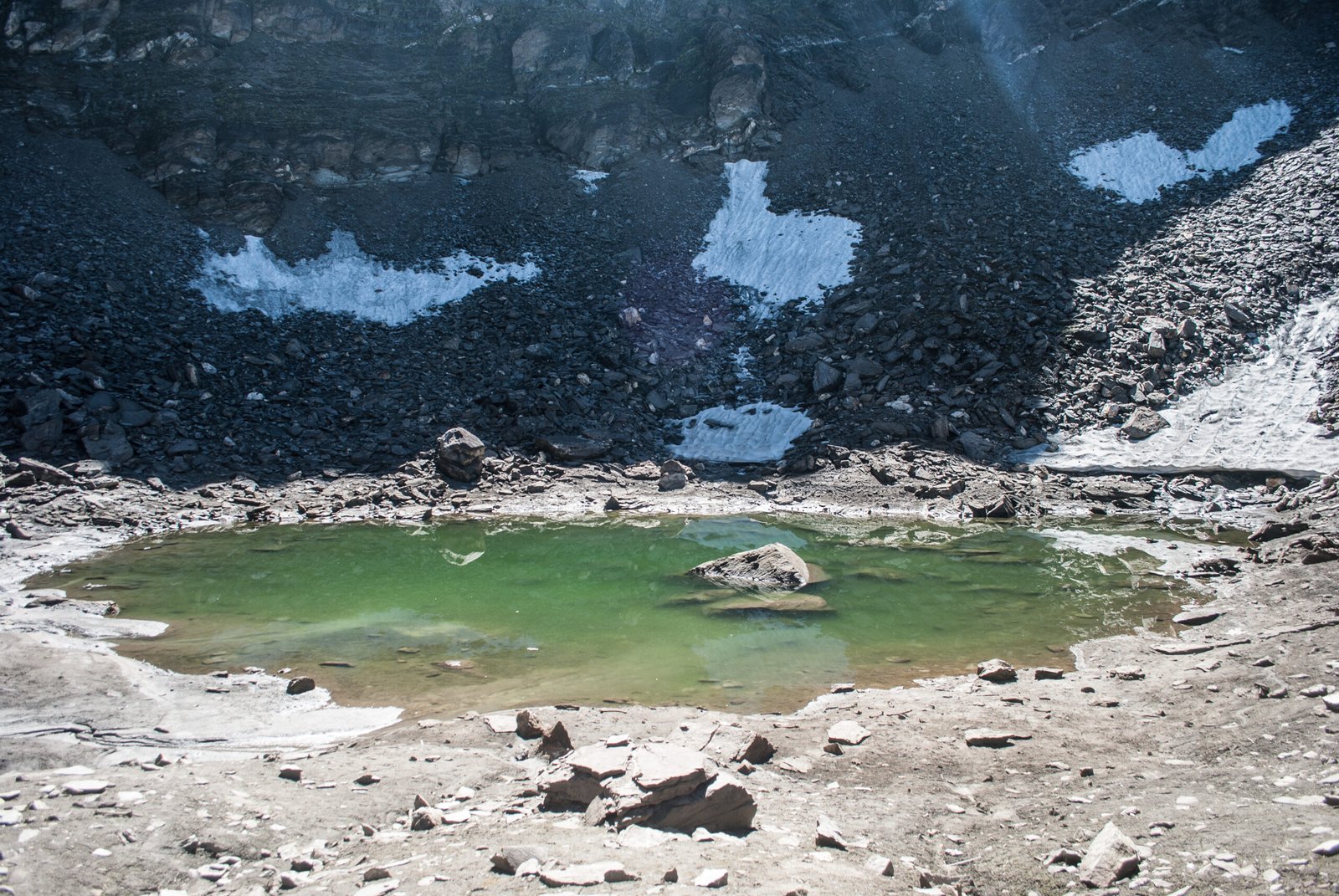 Roopkund Lake is situated at a high altitude in the Uttarakhand state of India. It is a glacial lake in the Himalay as in the lap of Trishul massif. The area around the lake is surrounded by rock-strewn glaciers and snow-clad mountains. It is uninhabited and is a popular trekking destination.

The depth of Roopkund lake is about 3 meters. Hundreds of human skeletons are found in the area around the lake. When the snow melts the skeletons emerge at the bottom of the lake.

The story behind the human skeletons found in the area is that in the 9th century, a violent hailstorm killed a group of people. As the human remains are still there it is called the Skeleton Lake in the contemporary time.

Hari Krishna Madhwal, a forest ranger in 1942 rediscovered skeletons although there were reports of bones found from the late 19th century. Not only the skeletons but there were also wooden artifacts, leather slippers, iron spearheads, and rings present there.

In 2003, the National Geographic team retrieved almost 30 skeletons to which flesh was still attached.

Another legend goes like this- Raja Jasdhaval, the king of Kanauj, with his wife, Rani Balampa, their servants, a dance troupe, and others went on a pilgrimage to Nanda Devi Shrine where they faced the storm with hailstones and all of them perished near Roopkund lake.

Initially, the human skeletons were thought to be Japanese soldiers or Tibetan traders who lost their lives either due to epidemics or exposure to the elements of nature.

Studies conducted on the Skeletons found in the Lake

The Archaeological Survey of India carried out a study of the skeletons disclosed head injuries by round objects. It was a common reason for the death of the people who died there. But, recently, Oxford University carried out Radiocarbon dating combining the genome-wide analysis of 38 individuals from Lake Roopkund which reveals that the remains are from different eras and belong to different groups.

One group of people had similar genetics to people living in South Asia presently. While the other is “closely related” to people living in current Europe, particularly those living in Crete ( the Greek island). The findings oppose the idea that the individuals died in a single catastrophic incident.

Growing concern to conserve the skeletons

There is a regular loss of skeletons because of tourists’ habits of taking back home the bones. The government has expressed concern to protect the area or else the skeletons may vanish within a few years to come.

Roopkund lake as a tourist destination

For the tourists, it is a picturesque place and a suitable place for trekking in Chamoli District, Himalayas. Heavy snow covers the lake most of the year. The best time to trek for the tourists is mid-September to October.

The lake expands and shrinks depending upon the weather and season. The skeletons appear in the lake when the ice melts. To date, 600-800 skeletons have been found in the area.

Researchers are still searching for answers to how people from other parts of the world landed up at a remote lake in India’s highest mountain.