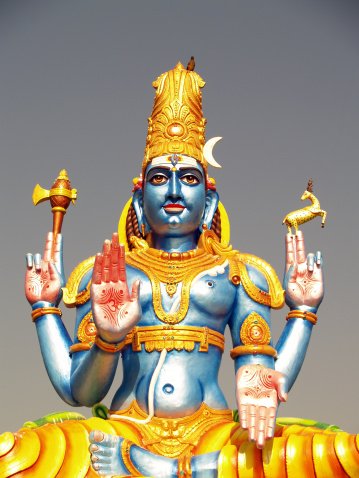 God incarnates on Earth to save mankind from any unrighteous activities or anything evil happening to them. Through the incarnation, God restores the cosmic order. Lord Vishnu too incarnated many times to save the Earth. There are various fascinating stories in Hindu mythology. Among those, one is of ten avatars of Lord Vishnu.

Lord Vishnu is the preserver of the Universe. He has always saved mankind from any danger. He incarnated nine times in different avatars and the last one all expect to appear in the Kali Yuga.

Also Read: The immortals who are waiting for Vishnu’s Kalki Avatar

List of Ten avatars or incarnations of Lord Vishnu

Lord Vishnu took the form of Matsya and saved Manu from the Great flood at the beginning of Satya Yuga. Manu is regarded as the first human on Earth.

The demon Hiranyakashyap had a blessing that neither a human nor an animal will kill him, neither inside nor outside the house, nor during the day or at night, not on earth nor in the sky, and not with any weapon. So, Lord Vishnu came in the form of half lion and half-human to kill the demon Hiranyakashyap at dusk using his nails on the threshold of his house, keeping the demon on his thighs.

When demon-king Bali captured three different worlds Lord Vishnu incarnated as Brahmin. He asked for three feet of land to end the rule of the kind demon-king.

Bali offered his head realizing it was Lord Vishnu. Lord Vishnu stepped over Bali’s head and granted him moksha.

Ram is another avatar of Lord Vishnu who appeared to kill the demon-king Ravana. This is a story of the victory of good over evil where Lord Rama defeats Ravana after a fierce battle. This is the seventh form of Lord Vishnu.

Lord Vishnu’s eighth incarnation was Balarama, the elder brother of Lord Krishna. He is compared with the Adisheesha, the serpents on whom Vishnu rests. Balaram was the protector of Lord Krishna and helped in finding peace in their lives.

In the Dwapara yuga, Lord Vishnu incarnated himself in two forms for two significant events. First, He incarnated as Lord Krishna to kill his maternal uncle Kansa.

Second, as the mentor of the Pandavas during the Kurukshetra war.

The last incarnation of Lord Vishnu is yet to appear. There is a belief that the lord will appear on a white horse with a mighty sword to destroy the evil in the Kali Yuga. Thus, the entire cycle of the four worlds will start again after the end of Kali Yuga.

The above mentioned are the ten avatars of Lord Vishnu who saved mankind from various evils and maintained a cosmic equilibrium on the Earth.