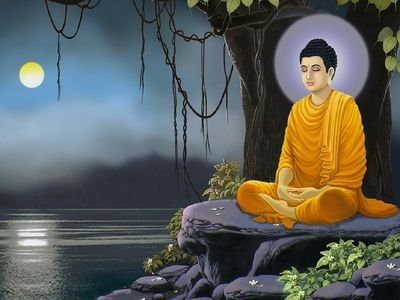 We popularly believe that Lord Vishnu took 10 avatars to protect the world. But many Hindu texts do not support the Dashavatar Theory. For example, In Srimad Bhagavatam, it said that the lord took 22 main avatars and there are countless m inor ones too. And, We do know that the 9th Avatar of Vishnu is Gautama Buddh

Advertisement
a According to Hindu scripts, But why don’t the Buddhists consider Buddha as an avatar of Lord Vishnu? Let’s unravel the mystery as you read ahead

Gautama Buddha is Not a Part of Dashavatar

This is the main reason why common Vaishnavas and Hindus do not worship Lord Buddha or Gautama Buddha. While Hinduism adopted the Buddha in its mythology, Buddhism adopted the Hindu God Krishna in its own mythology. No, Buddha, as in Gautama, is not part of Dashavatara. Because he didn’t involve in Vedic traditions.

There are Two Buddha’s …

Gautama Buddha: He was born as a Human, where he later did penances and Sadhana, through which he gains enlightenment. His Mothers, the name was Maya and He was born In Lumbini.

Sugata Buddha: He was the avatar of Lord Vishnu, Born to Anjana in Kitaka, Lord Vishnu took his avatar to help Lord Shiva kill a Demon called Tripurasur.

How Sugata Buddha Saves the World?

There was once a wicked Demon called Tripurasur. Tripurasur had been destroying the world also he did penances where Bramha was pleased with his difficult Tapasya. He appeared before them and said, “What boon do you want?” “Make us immortal”, answered Tripurasur “I can’t make you immortal”, replied Brahma. “I don’t have the power. Ask for something else instead”.

“Grant the following: Let three forts be made. The first will be of gold, the second of silver, and the third of iron. We will live in these forts for a thousand years. These forts built in different worlds shall align once every 1000 years. This combined fort will be called Tripura And if anyone can then destroy Tripura with only a single arrow that shall be the death destined for us”.

This is what Tripurasur had received. But there is another story behind this, Tripurasur’s wife was a Chaste woman, and Loved Him very much. She followed the “Pativrata Dharm” and prayed for her husband’s long life, Due to her immense pativrata, She had a boon that nobody can kill Tripurasur. Not even Lord Shiva!

So, to help Shiva, Vishnu took a Clothless form of Sugata Buddha and attracted the wife of Tripurasur. After seeing the Handsome body of Lord Vishnu, Tripurasur’s wife had slowly started to forget her husband and her Pativrata was lost. Consequently, this was the time to Kill her husband Tripurasur, So Shiva utilizes this Opportunity and kills Tripurasur.

Every Great personality has an “Ansh” of God in him, even Gautama Buddha has one. But he wasn’t the Avatar. Similarly, Gautama Buddha wasn’t an Atheist either, he remained silent and meditated to feel the supreme presence of God Himself.