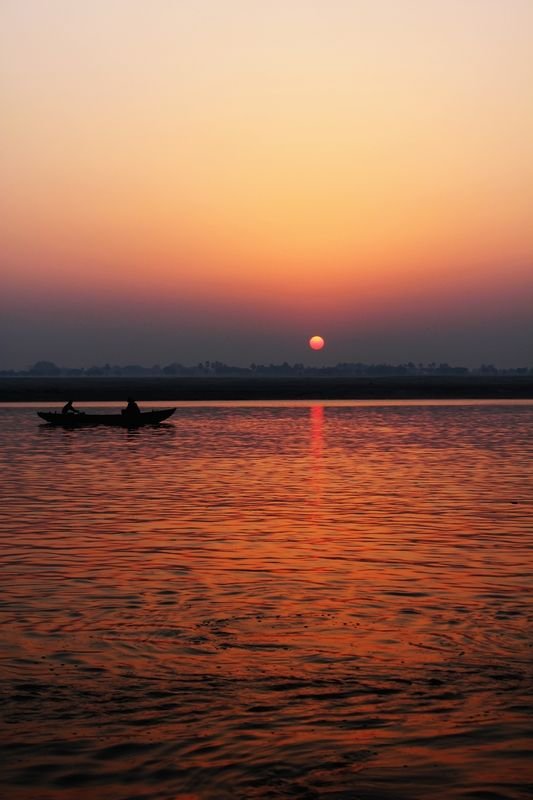 Ganga water (Gangajal) is more holy than any other river water in India. According to Hinduism, Ganga water is of extraordinary quality, and people worship it as Goddess Ganga. Indian emperor Akbar called it ‘water of immortality.

In Hindu mythology, there is a belief that the water of Ganga has descended from heaven as people go to wash off their sins in the holy waters of Ganga. The Britishers even carried Ganga water during their sea journey back to England because it stayed fresh for a longer period.

Scientific reasons behind the purity of Ganga water

Cyanophages, Hydrophytes, Bacteria, and Bacteriophages are present in the water of the Holy River Ganga. Due to their presence, the water is pure.

When we see the Ganga, it looks polluted. But, the waters of Ganga can retain a high quantity of dissolved oxygen.

The Holy water from Ganga doesn’t get spoiled easily. We can store it for a longer period.

In 1896, British bacteriologist Ernst Hankin through his demonstration explained the antibacterial factors responsible for the purity of the river Ganga.

In 1917 French microbiologist D’Herelle termed it as Bacteriophage.

Bacteriophages are found where bacteria exist and have been used as a substitute for antibodies for several years. It copies inside the bacterium, infects and destroys it.

Comparative study between Ganga water and water from other rivers

Scientists and microbiologists tested waters from rivers Narmada, Yamuna, and Ganga. Bacteriophages found in the Ganga river are more than three times found in other rivers. It makes the river Ganga unique.

Ganga has self-purification qualities as the oxygen level in the river is 25 times higher than any other river in the world.

The river also acts as a disinfectant and acts on bacteria and organic materials and kills them.

While millions of people dump waste and bathe in it the water remains pure.

Ganga water according to Hindus has healing and therapeutic properties to cure skin diseases.

Researchers also found out that the virus from the holy water of Ganga helps to cure Tuberculosis, Cholera, diarrhea, meningitis, and pneumonia.

Purification of the soul

Hindus regard the holy river Ganga as very special as they believe Goddess Ganga resides in that.

On certain days, the devotees take a holy dip in Ganga to free their souls from sins and attain Moksha. They feel it is the best way to liberate themselves from the cycle of life and death.

Due to the advancement of human civilization, the river has got polluted. The aquatic environment of the river has gone a huge transformation in the past few decades. Bacteriophages found in the river have reduced which makes the river water unsafe to drink. It is high time to revive the purity of Ganga otherwise it will die.