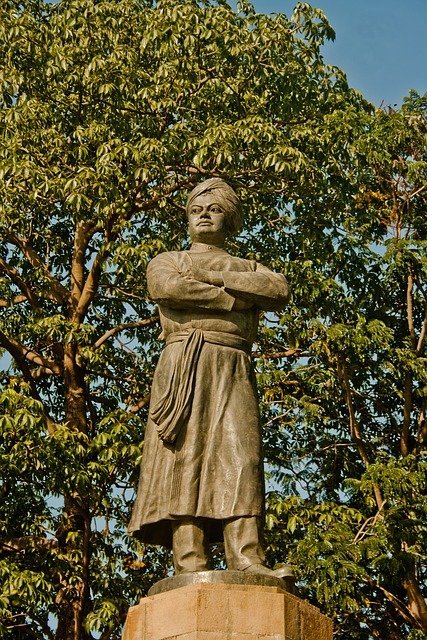 Who does not know the legendary figure Swami Vivekananda? He was a social reformer born on 12th January 1863. He fought against many social evils that plagued society during the 19th and 20th centuries.

Swamiji was not in favor of any discrimination based on caste or gender. He advocated for a kind of Hinduism where there will be no discrimination and put forth ideas to live a purposeful life.

Swamiji founded the Ramkrishna Mission and dedicated his life towards the understanding of the world through the prism of Hinduism and spread his knowledge for the greater good of mankind.

Some of the Golden teachings of Swami Vivekananda that enlightens us are discussed as under:

Be courageous in the face of struggle

It is important to face the difficulties in life with a brave face. Never bow down before the problems. Life consists of both good and bad. Accepting the good and running away from the bad will never fulfill our life.

Never give up in the face of inconvenience

The famous saying of Swami Vivekananda goes like this, “Arise, awake, and stop not till the goal is reached.”

Swami Vivekananda believed in the potential of human beings to overcome any hurdles. He believed in the greatness of humanity to achieve their life’s goal. According to him, if we are persistent in our goals even after the umpteenth failure we will definitely reach our goal one day or the other.

Another golden teaching of Swami Vivekananda is to believe in self and realize the potential within. We need to believe in ourselves to change the world. It is pivotal to have faith in self to walk on the right path without giving up on the opinions of others.

Without struggle, we cannot grow

Swami Vivekananda’s quote – “In a day, when you don’t come across any problems – you can be sure that you are traveling on a wrong path” aptly describes the above point.

Swamiji believed that if we find success without facing any difficulties we are supposedly walking on the wrong path. If we get everything easily we will never be the best version of ourselves. One should keep testing their limits to be the best.

To experience real happiness, be selfless

Swami Vivekananda believed that a man or a woman who is unselfish is the most successful and can attain true happiness.

The world is very selfish. Everybody thinks of their personal gain. Swamiji emphasized the point of kindness. If we have enough resources, we should spend the same for the greater good of mankind. It will make us happy.

It is important to learn good things from others but not just blindly follow the same. We should adhere to certain moralistic codes but it is pivotal to also question the same before following it.

Swamiji was against blind adherence to any moral codes or beliefs. He thus propagated the idea of individual perspective and encouraged people to put for their ideas on looking at things.

Importance of talking to self

Never sacrifice truth for anything

One of the important preachings of Swami Vivekananda is to take the path of truth no matter what situation we are in. We cannot lie to lead an easy life. Honesty to him was the best policy.

All creation of God are born equal

Swamiji believed in equality and stood for the same. He stood for the rights of women and lower castes and advocated for their just position in society. He didn’t like discrimination based on caste, religion, and gender. Swamiji felt that if all human beings understand the same, the world would be a better place to live in.

Being Empathetic towards others

This is another important teaching which emphasizes being humble and helping others. A powerful one in the list of his preachings speaks volumes about making this world a kinder place through helping each other. It is important to be empathetic than sympathetic.

Swami Vivekananda’s words are an inspiration to lead an enlightened life. Moreover, each and every word of him shows the path of hope and can help everyone to lead a better, honest and purposeful life.