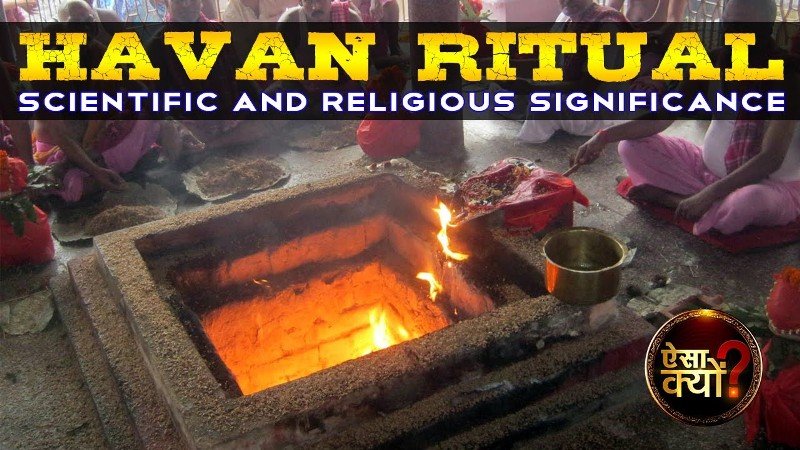 Many traditions in Hindu Religion have been going on for Centuries. One of these is Havan. Havan is also mentioned in Ramayana and Mahabharata. The process of worshiping God through fire is called Havan or Yagya. It is believed that it brings positivity to our life.

A French scientist named Trelle did research on Havan. In that, he learned that havan is mainly performed on Mango Wood. When mango wood burns, a gas called Formic Aldehyde is produced. Which kills dangerous germs and bacteria and purifies the Environment. It was only after this research that Scientists came to know this gas and the way to make it.

Even if jaggery is burnt, this gas is produced. Research done on Havan by a scientist named Tautik found that if one sits in Hawan for half an hour or the body is exposed to the smoke of Hawan, even the bacteria that cause deadly diseases such as typhoid to die, and the body becomes purified. Seeing the importance of Hawan, the scientists of the National Botanical Research Institute of Lucknow also researched whether hawan really cleans the environment and destroys bacteria. He collected the havan material mentioned in the text and when burnt it destroys the virus.

After repeated tests, it was found that the effects of this one-time smoke lasted for a month, and even after 30 days, the level of virus in the air in the room was much lower than normal.

This report also appeared in the December 2007 issue of the research journal Ethnopharmacology 2007. It was written in this report that not only humans but also bacteria that damage plants and crops are destroyed by Havan. This can reduce the use of chemical fertilizers in crops.

You should convey this information to your family members. Doing Hawan not only pleases God but also purifies the house. May God protect and prosper all the family members.