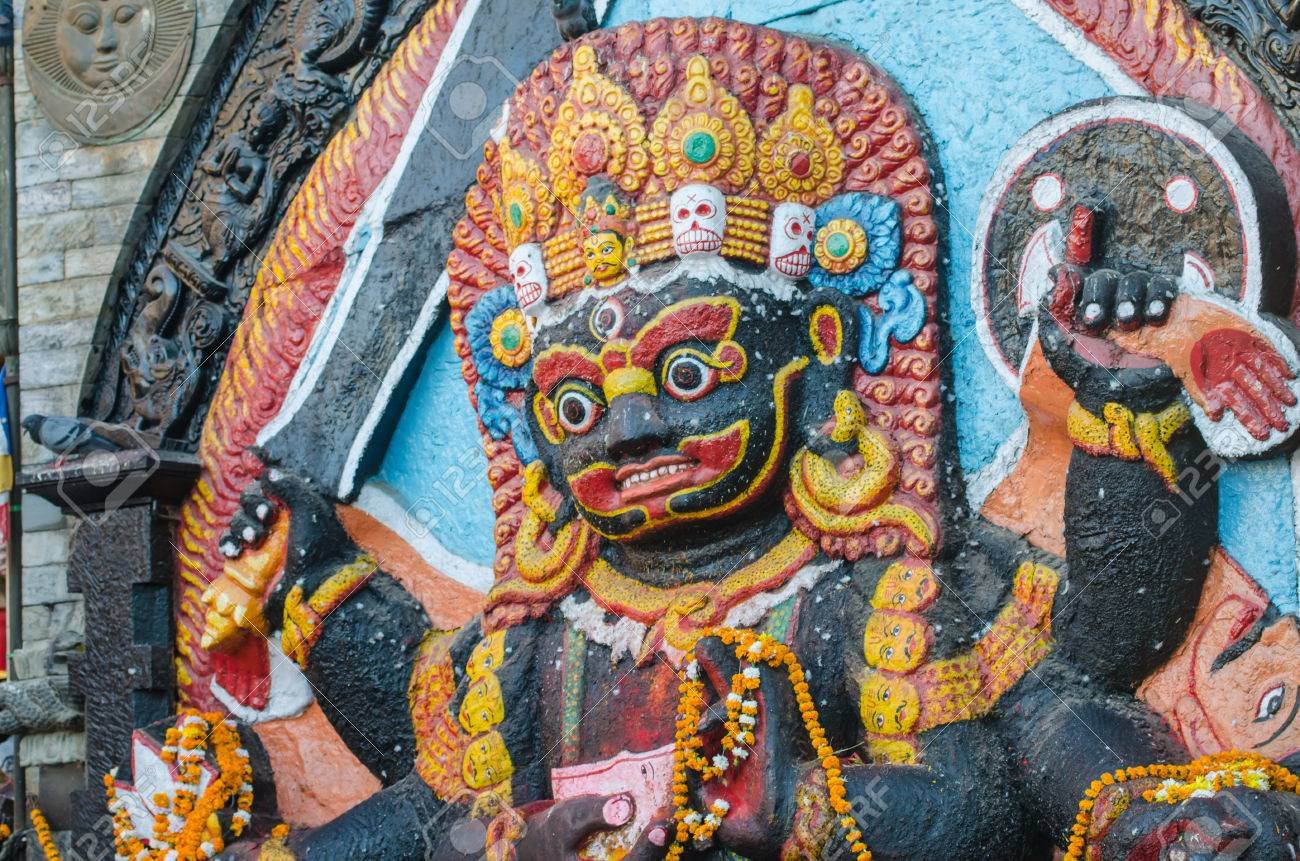 Who is Kaal Bhairav ?

Kaal Bhairav idols and shrines are present outside almost all Shiva and Shakti/Devi temples. He is a very close attendant of Lord Shiva. His first and foremost duty is to take orders from Shiva and execute it.

Story of emergence of Kaal Bhairav

Once the earth, planets, and all creatures were created by Lord Brahma, he met Lord Vishnu. Brahma was born from the Lotus that bloomed from Vishnu’s navel. He wasn’t aware of the Nirakar Swaroop of Shiva. Initially, Brahma had 5 faces instead of 4. The 5th head was said to have been filled with Ahankar or pride. He considered himself superior since he had created everything. Whereas Lord Vishnu was aware of the truth of the Nirakar Swaroop of Shiva. The link to the creation story is given below, which is a part of one of our previous articles:- Do you know about Shiv ki Nagari- Kashi?

Brahma started an argument with Vishnu claiming that he himself is the most superior in the Universe. Vishnu started convincing Brahma that he was wrong. However, Brahma was not ready to accept the fact. The heated argument slowly turned into a war. Both Brahma and Vishnu attacked each other with their weapons.

Suddenly there appeared a massive Shiva Linga between Brahma and Vishnu. They both had to pull back their weapons. This Shiva Linga later transformed into the Sagun Swaroop of Shiva. Hence Brahma saw Shiva for the first time. Shiva was very angry at Brahma’s foolishness and pride. The 5th face of Brahma was full of pride. Hence there was a need to separate it off from the body.

In the rage of anger, Shiva created a Gana/attendant. He was none other than Kaal Bhairav. He is an Ansha (born from Shiva tattva) of Shiva. Shiva ordered Kaal Bhairav to chop off Brahma’s 5th head and free Lord Brahma from Ahankar. In no time Kaal Bhairav went to Brahma and sliced off the 5th head with just a nail of his finger. Such was the power and strength of Kaal Bhairav. Just a fingernail was sufficient enough to cut off Brahma’s head. This killed all the pride that Brahma had in his creation. Brahma also incurred a curse from Shiva that Brahma won’t be specifically worshipped on the earth in spite of being the creator. Therefore we can hardly see any Brahma temple except for a few.

Brahma asked for forgiveness from Shiva. He was forgiven as he had no Ahankar now. Shiva then told Kaal Bhairav that both Vishnu and Brahma are equivalent to Shiva himself. From then onwards they both should be equally respected like Shiva.

The sin of Brahma hatya

Brahma’s 5th head remained stuck to Kaal Bhairav’s hand. He tried all he could but failed to separate it from his hand. Finally, Kaal Bhairava approached Shiva. Shiva told Kaal Bhairav that he has incurred the sin of Brahma Hatya. The sin would follow him wherever he goes. Therefore the head would always remain attached to his hand. The only way to get rid of the sin was to do Teerthyatra to different holy places.

The spot where Brahma’s 5th head fell from Kaal Bhairav’s hand is today famous as Kapal Mochan Teerth. This place is of great significance for both Hindus as well as Sikhs.

3 thoughts on “How Kaal Bhairav got rid of the sin of Brahma Hatya ?”