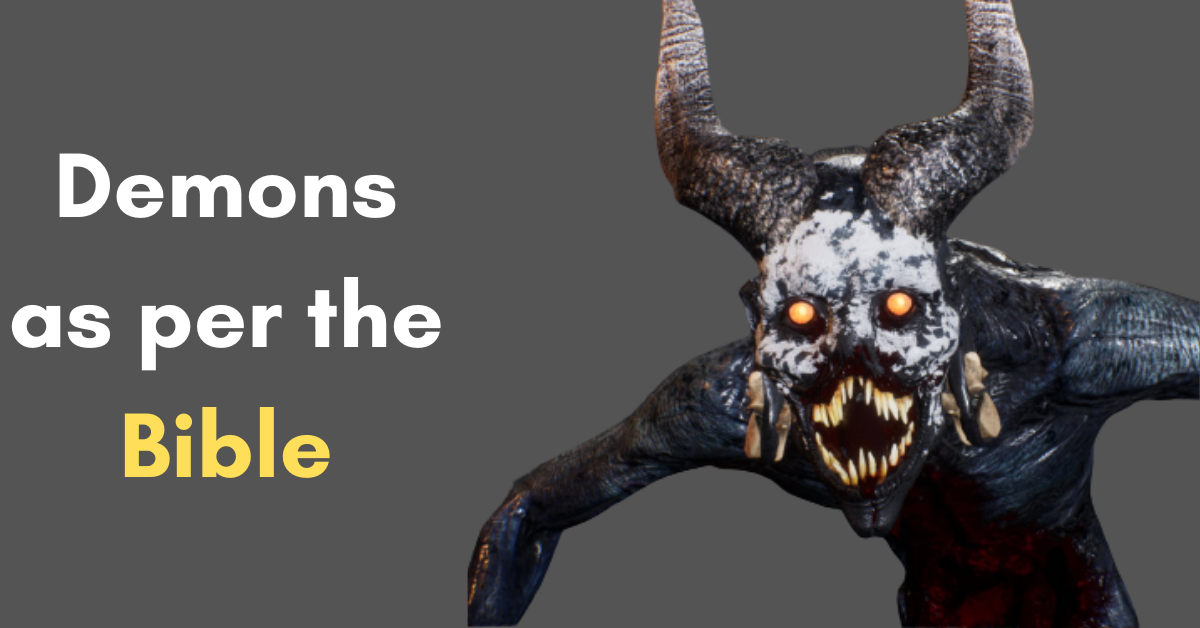 We all know that those who do things that are against the will of God will become evil and are not allowed to enter the kingdom of God. They will be punished in one way or the other. God wants his people to move into the right path always and will always lead us to the right path.

Evil is those who do not respond to the right path and move to the ways that the evil prepares for you. Evil is the Demons or called Satans, where Hell is their home, the home of fire and death. The demons will enter your minds and tell you things to do that is against the will of God. They are the ones that give you fake promises and expectations and will make you go mad, where when you end up in danger, they will run away from you and never think of saving you from any danger that is being created by them, to destroy you. Demons only want people to get punished and push you to dangers and watch you die and suffer.

As per the bible, demons are the angels that are fallen completely away from God, going against the will and wish of God. They are completely out of hope from God and pushed down to hell from Heaven above.

Demons are those evil spirits, that lead people to a world that is against God and make your mind full of evil thoughts and only sins. Jesus will completely ban those evil spirits in the eternal planet and put them on fire, where they can never come back to life and hurt His people again.

Where do these Demons emerge from?

It has been said that Demons were angels that were made in heaven, but since they chose to live against God’s will and power, he was sent out from heaven and meant to live on fire and with the minds of the evil. It was because of this demon that war has emerged in heaven with God between the evil spirit Satan and angels where the fight was for Satan and his Angels. Hence, for the evil minds and thoughts, he became the King of Demons, and the angels who followed him were exalted from heaven and made to lie with Satan in hell, as they believed Satan was the real God.

So in the same way, when we humans decide to continue with the mind that is evil and that is against the will of God, he or she will be out of the hands f God and will be made to live in hell with the demons. God has given His people enough freedom and luxury, but when that is used to the extreme, then no one will be there for our guard.

Do Demons have any power on Earth?

When we talk about demons existing on Earth now, we can say that they are just spirits that enter the body of humans and try to rule over the earth in doing evil things. They are not present on earth as they are just spirits and cannot be seen but felt when entered into a human’s inner body. The bad demons were named devils and the good ones are named angles.

So we can say that demons so have certain power not as strong as God. They do not exist anymore as they are just spirits.

In a nutshell, Demons are the spirits that are terminated to work under God. They are the ones who do things that are against the will of God. When these spirits enter the human body for doing evil, certain prayer groups are there but those are for temporary belief, but many of them are not true, as demons are no longer available.