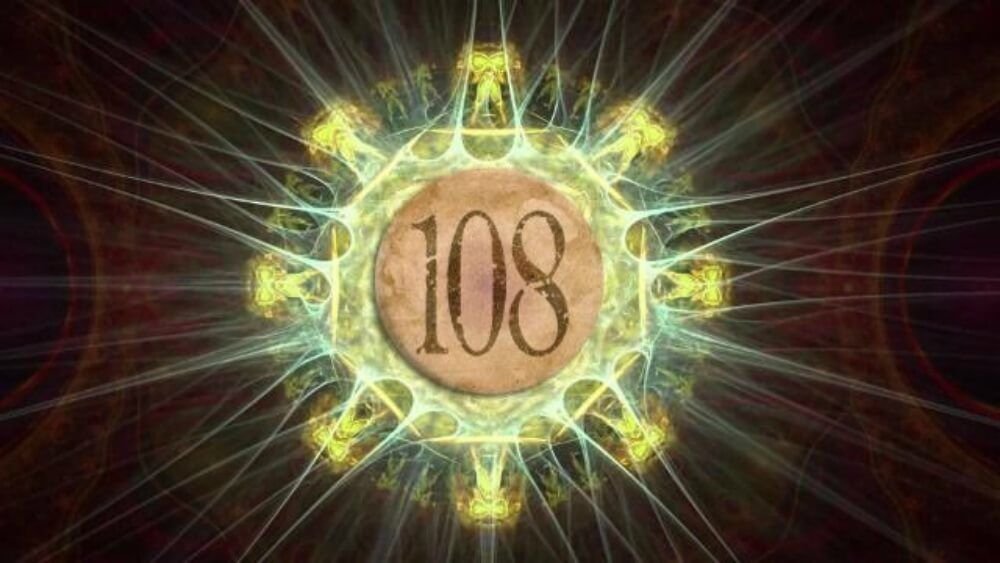 Do you know why the number 108 is so sacred? It all lies in math and science. Many Hindus have this number in some form in their vehicles, passwords, and license plate. Some marketing companies use this in their marketing plans and logos. Even during a Puja, you may recall reciting the mantra 108 times.

But, what is so holy about the number? If you go by Vedic cosmology, 108 is the number of creations. It represents our universe and existence. The number is auspicious in mathematics, geometry, numerology, astrology, and many other religions and spiritual traditions.

The number is said to represent the distance between your body and the God within. There are 108 marma points which are known as the vital points of life forces in your body. Thus, all mantras in Hinduism are chanted 108 times. Each chant represents a journey from your material self towards the highest spiritual self. There is a belief that each chant brings one unit closer to the God within you.

Significance of 108 in Meditation

There are 108 styles in meditation. It is believed that if an individual breathes with calmness 108 times in a day, enlightenment will be achieved. An average person is said to breathe 21600 times in a day (in 24hours). It is divided into halves. 10800 solar energy ( breaths during the day) and the other lunar energy (breaths during the night). When you multiply 100 with 108 it is 10,800.

Not only in Hinduism but also in Buddhism and yogic tradition there are Malas and Japa beads that come in the string of 108 mantras.

108 number establishes a relationship between the Earth, Sun, and the Moon. It is 108 times the diameter of both the Sun and Moon that covers their respective distance to Earth. This number has a lot of significance in many rituals. There are 12 astrological houses and 9 planets. Multiply 12 by 9 the number you get is 108.

The heart Chakra in the human body has 108 energy lines.

According to Hindu belief, there are seven chakras in the human body. It starts at the top of the head and ends at the base of the spine. Each chakra represents an energy center in your body. Located at the center is the heart chakra associated with love energy and transformation. There are 108 Nadi ( energy lines) in the heart chakra that converges to form this energy center.

There are 108 Upanishad sacred texts of wisdom from ancient sages in Hinduism. Moreover, there are 54 letters in Sanskrit alphabets. Each alphabet has both feminine or Shakti and masculine or Shiva qualities. Thus, multiply 54 by 2 you get 108.

Other religions too recognize the mystical power of 108 as well. For example, in Buddhism, there are 108 earthly desires, 108 lies, and 108 forms of ignorance of the mind.

108 is not exclusive to religion. It appears to our natural world as well. The sacred number is also seen in the emergency service in India.

108 is considered a Harshad number. In Sanskrit, “Harsha” means ‘Joy’ and ‘da’ means ’give’. Thus, the word ‘Harshad’ means ’joygiver’. It is also said that the human soul goes through 108 stages in life’s journey. Hence, the number 108 is so sacred.