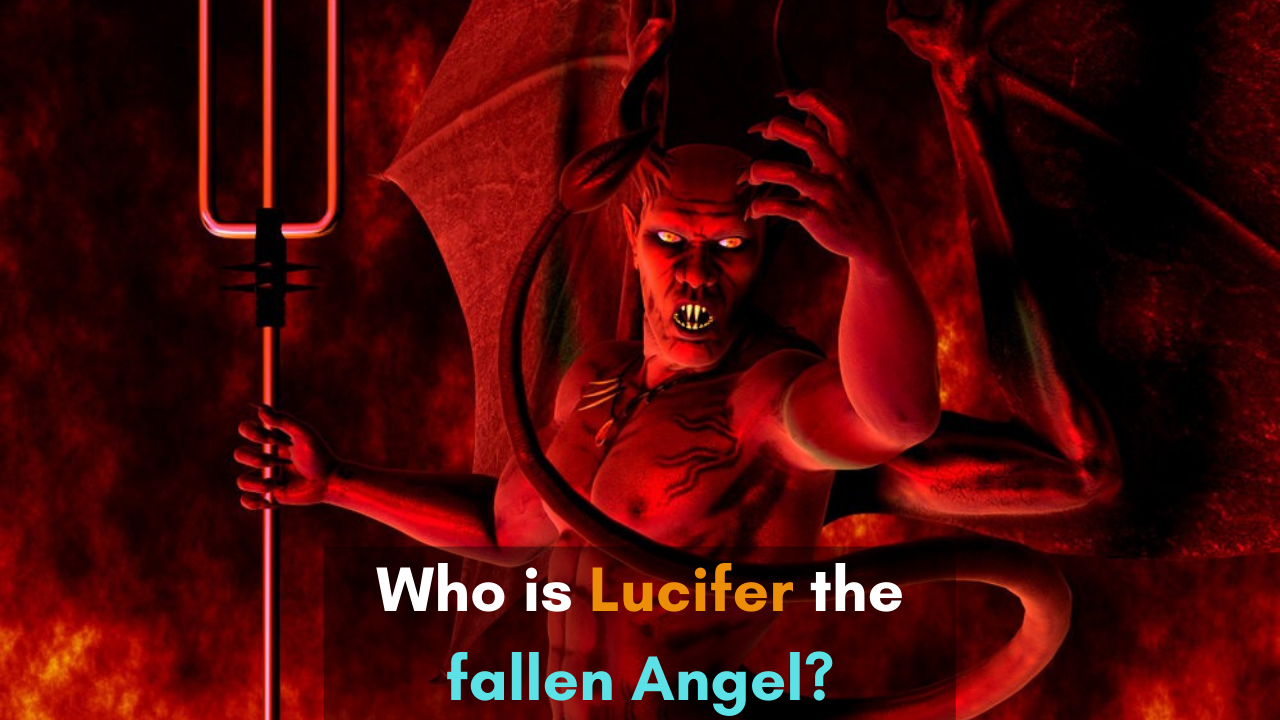 By the word Lucifer, we and even the small children know that it is the Devil that helps in making people do evil things which are against the law and God. It is believed by many Christians that Lucifer was a beautiful angel once but He despised the Lord and was thrown to hell from Heaven and made to suffer in the world of fire. They became the fallen angels which are based on the verses in the book of Isaiah in the bible- “ How art thou have fallen from heaven, O Lucifer, the son of the morning!”

Who Lucifer is and what he rebelled against?

Before he was sent down to hell from heaven, the Lord had made him a beautiful angel with the talent of being very creative on the perfect stage. He was very perfect in his ways, but one day, iniquity had struck him. As he was being praised by many for his beauty and talents. He became proud of himself and began to desire the honor and the glory that belonged to the King alone. He wanted God’s throne and to rule the whole world under him. The sin that made Lucifer out of Heaven and God was his being self-generated in pride.

It was by then the sins had spread to people in the Universe, and few of them listen to Satan, Lucifer, and move in the wrong ways. The sins have been originated from the free will of Lucifer. And then he decided to rebel against the king for the ruling authority. The sins that he was creating and going in the wrong ways. He was named Satan, the king of all evils, and was completely cast out of God’s house and sight.
According to Christianity beliefs, Lucifer was classified and known as the devil or Satan.

Fight between Lucifer and God

It was because Lucifer was praised for his intelligence, beauty, and pride that, he got into sin for getting what Lord has and in ruling the whole Universe. Some angels loved him more than God did, had supported him in his endeavor. Lucifer tried his best to get God’s place but failed as he was defeated by Archangel Micheal, where God was not involved in it. By this, God himself took off Lucifer’s power and beauty and put him down to the world of fire which is named Hell, where he has to suffer and be with the sinners. It was when sin was born into the world and people. He was then renamed Satan.

Also Read: Who is the Archangel Michael?

Certain facts about Satan that you may need to know

Satan is God’s Opponent and not the opposite. We think that Satan is God’s left-hander, but the fact is that they are not. He is not present everywhere and that too at the same time. When you feel that you are tempted by Satan, it may not be Satan himself but also the demons and fallen angels tempting your mind for evil things. Satan does have some power but is not always full-time powerful. There are certain limits to his power and ability to bring it out. They sometimes know a lot but may only know a few things. So there are certain things he may be good at but to all that certain limits are there.

Satan is a complete liar

Everyone does make mistakes and at certain times lie to get good words from parents or friends, or lie as they are afraid to get a scolding or being beaten up. There will be no one in this world who has not lied for a single minute. But, from school days you must have heard friends or people around you saying, the devil is a liar and all liars are devils.

According to the Bible, God has said that to Satan- “ you are the one who belongs to your father, the devil, and it is you who wanted to carry out the wishes of your father. You know that your father was a murderer from the start of your life, and who never says the truth. There is completely no truth in him though. It is noted that if he lies, he speaks in his native language, as he is always a liar and is the father of all lies. These lies, we have learned when Adam and Eve were born to earth before all were created and she lied to Lord about the eaten apple who she was instructed by the evil snake.

Do you know Satan mimics God?

Satan has always mimicked God in getting His throne and ruling power? Whatever God did, even about the works of the Holy Spirit, Satan tries to imitate it. Satan is said to be a great actor and he knows very well to play his part. The only thing that is to be noted is that the goal that he is trying for is very deceptive. He sometimes disguises himself as a good angel in the eyes of people, but inside him is an evil heart full of darkness. In this way, God’s teaching and prayer are very important, and also keeping in mind the words of God.

When Satan will defeat you?

We all know that in the evil world, Satan has great power, intelligence, and lots of tricks. He can disguise as good ones and trick your mind into going to his ways, but it is we that have to know if it is true or not. If you are weak and dumb, it is easy for Satan to attack you in many ways. He can even lodge a war against you. But once you show that you are way smarter and more intelligent than him, he has no other powers and strength to overtake you and defend you.
God has made you and given you certain abilities and powers and it is He who positioned you on this earth at this exact time to live on earth and to face any challenges that happen. Once you think and believe in God, no Satan will come near you or attack you, as the power of God is never lower than evil.

Well, from all these, we know that Satan is evil and try to be evil in you. They attack and try to make you weak so that they enter you and make you do things that are against the will of God. It is we, humans, who have to decide to move with the Evil or with God. Your enemy will always fight against you, but when you have God inside you, that will be greater than in you, and there is nothing else that you want to be away from Satan.