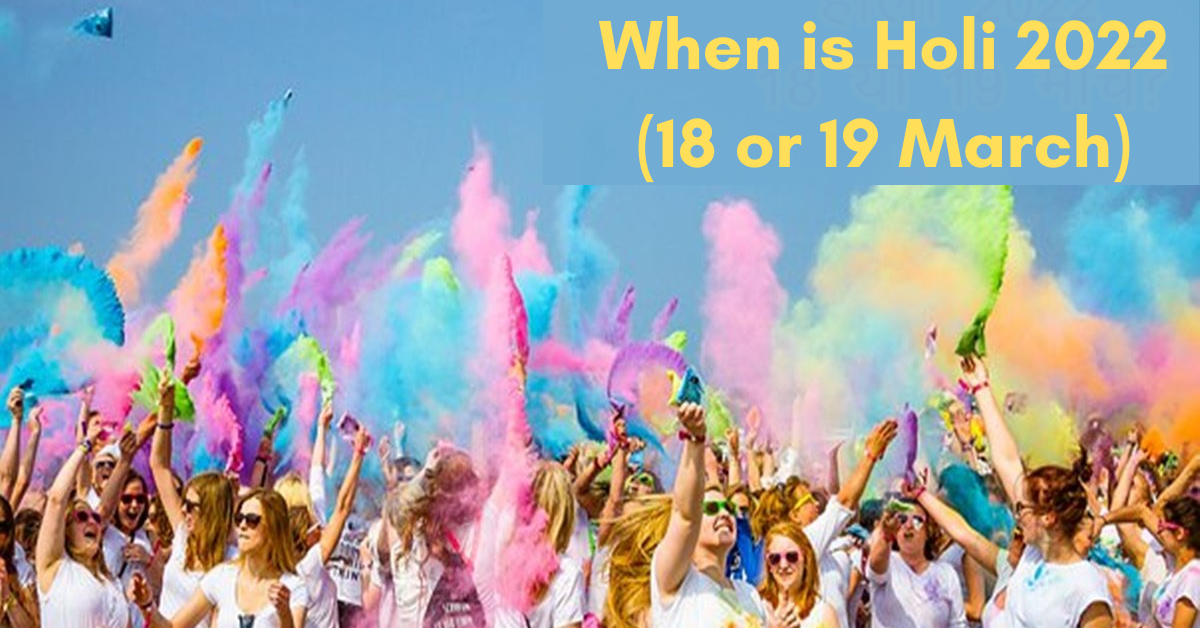 In this article, we will tell you on which day you should celebrate Holi and what is the Shubh Muhurat.

Holi is the festival of colors and enthusiasm. On the day of Holi, people play colors with each other and cuddle their friends & touch the feet of relatives. Holi is a very important Hindu festival People wait for this festival throughout the year. On this day Devotee Prahlada was saved by Lord Vishnu while Hiranyakashipu’s sister Holika turned into ashes. That’s why Holi is the symbol of the victory of good over evil.

The festival of Holi is celebrated on the full moon date of the Phalguna month. But this year people are confused about the dates of Holi. Because English Calendar (Gregorian calendar) is Showing color will be played on March 18 and 19 and this is the main reason for the confusion.

According to the Gregorian calendar, it is showing that Holika Dahan will be on 17 March and Color Holi will be on 18 March & 19 March.
On the other hand, According to the Hindu Panchanga Holi is on March 19. According to Astrology & Panchang, Holika Dahan will be held on Thursday 17th March this year but Color Holi will be celebrated on 19th March. In fact, this year, Phalguna Purnima is starting at 1.29 pm on March 17 and the full moon date will end on March 18 at 12:47 pm.

Color Holi is celebrated in Chaitra Krishna Paksha Suryodaya Vyapini Pratipada, which is on Saturday 19th March. On this day Pratipada is till 12.13 pm. That is why According to the Hindu Panchanga March 19 is considered to be the right day to play Color Holi.

This year Holika Dahan will be valid after 12:57 pm on March 17, before sunrise 6:02 on March 18. Because of the absence of value of Pratipada date, the right time of playing color Holi will be on March 19 only not on March 18.