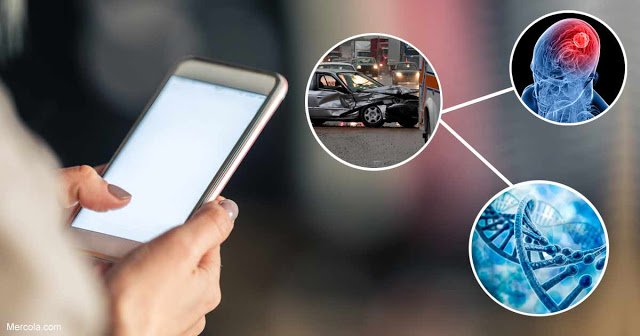 Advertisement
Does Cell Phone Tower Have Harmful Radiation? It is rapidly said that there’s radiation coming from the cell phone towers. So what is this radiation actually?
It is Radio Frequency (RF) waves when your phone uses 3G, 4G, or makes calls, It communicates with the Cell Phone towers through RF waves. Radio frequency wave is a type of electromagnetic wave. To understand this, we have to refer back to our class 12’s Physics book. If you remember chapter Electromagnetic waves. Electromagnetic waves are produced by the vibrations of the electric field and magnetic field. This is a type of energy propagation.

It takes energy from one place to another. It is seen occurring naturally as well as artificially in many places. The best example of electromagnetic waves (EM) is Light. If you remember the electromagnetic spectrum, it is a way to classify various EM waves based on their frequency and wavelength. The waves that have the longest wavelength are called Radio waves. Ranging from a few meters to a few kilometers.
Then there are the microwaves with a wavelength of few centimeters. Your microwave(oven) has microwaves in it. If concentrated at a place, they produce heat. Then there are the infrared waves that are used in remote-controlled TVs. Then there is the visible light that you can see all around you. Their wavelength ranges from 350-700 nanometer. Different colors have different wavelengths.
Then comes the UV rays. The frequency starts to increase from here. X-rays and Gamma rays follow UV rays.
The EM waves after the visible light are troublesome. because their frequency is so high, and wavelength is so small, they can break chemical bonds inside a molecule which is why they are called ionizing radiation

Advertisement
. Ionizing radiation is very harmful for humans and animals alike as they can penetrate into our DNA and break their chemical bonds. Causing mutations in the cells and can eventually lead to cancer. As the frequency of the electromagnetic waves increases, they become more dangerous.
The radioactivity emitted from nuclear material is the most dangerous. Because the frequency of that radiation and it’s power is very high. So now the question arises, whether the electromagnetic waves before the visible lights, known as non-ionizing radiation, Is this non-ionizing radiation harmful for humans and animals? 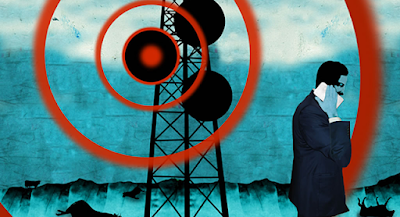 No scientific conclusion has been reached on it yet. Some research state the effect of being exposed to non-ionizing radiation at high levels for a long amount of time. Other researches state that there are no harmful effects on humans and animals. But scientists and experts agree that non-ionization radiation definitely causes mutation or cancer, using the same mechanisms as ionizing radiation.
But is there any other mechanism by which non-ionizing radiation can be harmful for us? It is being researched. The scientists claim that the heat produced by the non-ionizing radiation, like in our microwave, where the heat cooks the food. This heat, if concentrated in high powers on human tissues, can cause burns. Basically, it has the potential to cause burns if you are exposed to the heat produced by any non-ionizing radiations for prolonged periods which is why various government agencies have set radiation limits for cell phones and cell phone towers. They do not want the heating effects from non-ionizing radiation to get so much that people suffer burns.
FCC, a US agency, has set a radiation limit of 1.6 watts per kilogram. Cell phones should not exceed this limit. This limit is way less than the radiation which would result in actual heat production. So, you see it is quite safe.
The chances of any long term harmful effects, because of using cell phones is very low. The simple reason for this is, if you take the population of the world as a sample size, you would see the rise in cell phone usage in the last 10-20 years. The number of people using cell phones has risen exponentially! But there are no diseases which have seen an exponential increase in those years. There is no type of cancer cases which saw an immense increase. The same can be said for any other diseases. 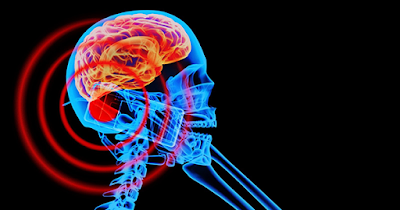 If using cell phones has resulted in harmful effects, we would have seen it in some disease or other. The best example for this is smoking rates and causes of lung cancer. In the last 50 years in the UK, the fall in smoking rate and lung cancer cases have fallen at the same rate. This tells us that smoking and lung cancer have a direct relation. You can see this relation all over the world. The countries with a high rate of smoking, have high rates of lung cancer too.
In China, more than 50% of the male population smoke, so the lung cancer rate is very high there. You can see the same relation in Ultraviolet radiation and skin cancer. Australia has the highest rates of skin cancer cases. Because of the population, there is not well adapted to live in that country. The majority of people living there are of British origins and are exposed to a large number of UV rays from the sun. Their skin color has not adapted to live there. The ozone hole is also quite close to Australia, because of which it has even more exposure to UV radiation. It results in Australia having the most number of skin cancer cases. Overall, what I mean to say is, you do not have to worry. The chances of radiation from cell phones harming you are very slim.
However, if you still want to minimize this radiation, then do not put your cell phone to your ears while talking. Because the closer it is to your body, the more radiation you will be exposed to. Even a little distance would minimize the radiation. I am not promoting cell phone usage. The addiction to a smartphone, the mental issues associated with it, you may face those. You should definitely use cell phones only when needed. Nowadays people are addicted to their smartphones, so I would recommend not to overuse your cell phones.