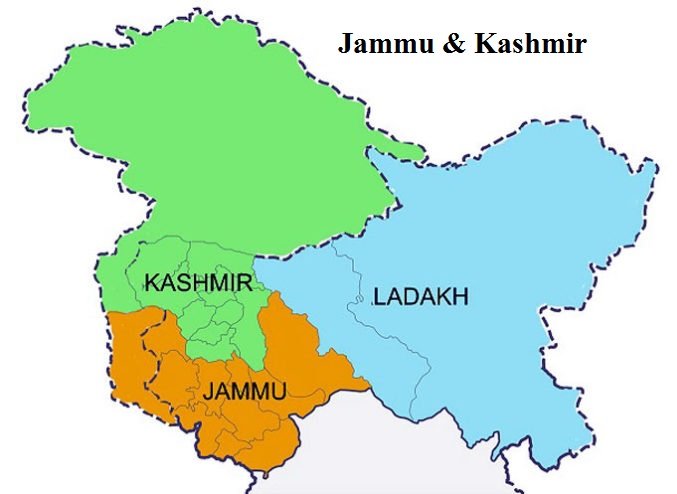 What is a Union Territory?

What is Union Territory with a legislature?

Such Union territories have an elected Chief Minister and a council of minister. They have the partial status of statehood and have a Lieutenant Governor and a legislature. Lieutenant Governor is a representative of the president and acts on the aid of the Council of Ministers but he does not need the approval of the Council of Ministers in every matter.
Puducherry, Delhi, Jammu, and Kashmir (as proposed by the Government) is the Union territory with the legislature.

What is Union Territory without legislature?

Such Union territories do not have a Chief Ministers and ruled by the Union Government through the Lieutenant Governor.
Chandigarh, Dadra and Nagar Haveli, Daman and Diu, Lakshadweep, Andaman and Nicobar, Ladakh(as proposed by Government) is the Union territory without legislature.

What will change in Jammu and Kashmir now?

Earlier, Article 35A, which is based on Article 370, empowered the Jammu and Kashmir people to ‘permanent residents’ and grant them special rights and privileges. Means no people outside of Jammu and Kashmir can not buy property in J&K. But now after the scrapping of Article 370 people from outside J&K will also able to buy property in J&K and settle here.
Law and order Situation

Earlier, Law and order were under the control of state government. But Now after revoking Article 370 and the bifurcation of the state Jammu and Kashmir into two UT’s which is J&k and Ladakh. The Union Government can structure the power-sharing model on the lines of either Delhi or Puducherry.
Central laws


Earlier, the central govt. had to seek approval of the state to draft and enact laws. Now after revoking Article 370 central laws will automatically apply to the J&k.
Separate flag

Earlier, Article 370 granted J&K to have its own flag with the national flag. Now after revoking article 370 parliament will decide if the J&k can continue having its own flag or not.
Post Views: 342